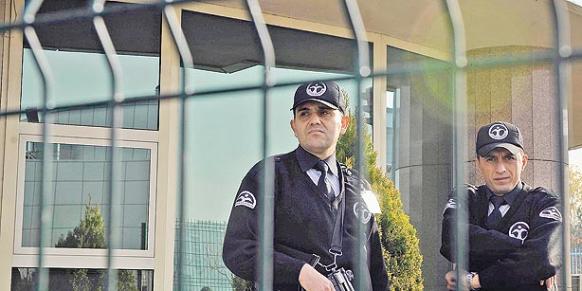 Jurists and politicians reacted harshly to a claim in an email by an anonymous whistleblower from the Telecommunications Directorate (TİB), the agency responsible for carrying out legal wiretaps, that there is a conspiracy to bring the Hizmet movement under suspicion of infiltrating TİB.

The email claimed that the agency tampered with its system logs to fabricate evidence that the “parallel state,” a term the government uses to describe the Hizmet movement, had listened in on around 2,000 people. The message said the electronic serial numbers (ESNs) of these people were entered into the system as per instructions from TİB President Cemalettin Çelik and then erased — all to make it look like the Hizmet movement had spied on Turkish citizens and then covered its tracks. The institution was then to share the “recovered” numbers with newspapers.

Former Justice Minister Hikmet Sami Türk said individual privacy and the conditions and procedures of intrusion into the private spheres, including the wiretapping of conversations, are strictly determined in the Constitution and relevant laws and regulations, adding that overhearing people’s private talk without a court decision constitutes a serious crime. On the other hand, the plot TİB has allegedly organized is illegal, too.

Former Chief Public Prosecutor Sacit Kayasu described the claims as “scandalous.” He said Turkey was passing through a period of illegality. “If the allegations are true, confidence in institutions such as TİB, which are expected to operate within the boundaries of the law, vanishes.” Kayasu noted that all wiretapping must be done in strong adherence to legal requirements, else it would constitute a crime.

Associate Professor Mustafa Zeki Yıldırım from Fatih University said what TİB stands accused of doing is a felony for it seeks to falsely incriminate a group. Himself an expert on the Turkish Penal Code (TCK), Yıldırım said libel is assessed as graver if the accused would face trial as a result of this libel. In addition to this, the claims include such additional crimes as charging people with false claims, exploiting official tools for use in a crime, abuse of authority and so on, Yıldırım asserted.

Orhan Kemal Cengiz, a lawyer and a columnist, said the letter strongly denounces TİB managers and that what they stand accused of requires immediate action by prosecutors. He said such crimes are completely unacceptable in a truly democratic country.

The claim is very serious and President Abdullah Gül must instruct the State Audit Institution (DDK) to investigate it, main opposition Republican People’s Party (CHP) İzmir deputy Erdal Aksünger told Today’s Zaman. “Can they do such a thing? Yes they can, in a chain of command. We witnessed in the phone recordings, the authenticity of which was not denied, that even the family members of the prime minister [Recep Tayyip Erdoğan] were giving orders to state institutions,” he said.

Aksünger described the claims as “horrible affairs,” adding that lowering public institutions, which are there to serve the nation and work for the prosperity of the state, to such a position is hard to watch.

“TİB and the National Intelligence Organization [MİT] have become almost like a shop of the prime minister,” said Aksünger. “Everything is expected from them,” he added.

Aksünger accused the government of deliberately stifling investigations into corruption and bribery involving four former ministers after Dec. 17 while tampering with evidence collected as part of these probes. “The government will not be able to get away with what it has done. It will certainly face trial one day. It has already been convicted in the minds of the people,” he said.

TİB rejected the claims in a written statement on Thursday. It said the claims aim to mislead the public about TİB’s work, to influence an ongoing investigation, to damage the seriousness of the investigation and to form an unreal perception about the institution. “It must be known that efforts to distort the truth and to prevent the ongoing investigation will not suffice to prevent the reality from being seen, and those responsible from being brought before justice,” the statement noted.

Kurtuluş Tayiz I have been following anti-Fethullah Gülen broadcasts in the Kurdish media for some time now. Television stations, newspapers and Internet sites known for their closeness to the Kurdistan Workers’ Party (PKK) have incessantly been spreading hostility amongst its readers against Gülen. It wouldn’t be so difficult to understand if most of these publications […]