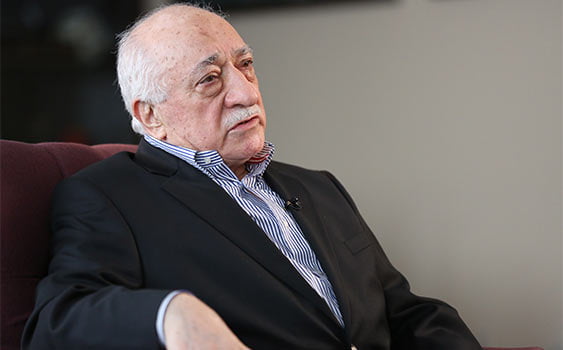 The night after coup plotters put tanks on the streets of Istanbul and Ankara, Turkish doctors almost 5,000km away in Somalia were preparing for a late shift at Deva Hospital as normal.

The hospital, founded in Somalia’s capital Mogadishu five years ago by a Turkish charity, typically treated more than 100 patients a day. But that evening, under pressure from Turkey, a major donor to Somalia, the government announced it must close.

“We were in shock. So many times they told us we were doing a good job there. How on earth could it happen?” recalled one of the hospital’s eight Turkish doctors, who asked not to be named in order to protect his family.

The answer lies in Deva Hospital’s patrons — it was built and run by Kimse Yok Mu (Isn’t Anyone There), a global aid organisation linked to Fethullah Gulen, the exiled Turkish imam accused of masterminding the country’s failed coup on July 15.

In the wake of the attempted putsch, President Recep Tayyip Erdogan is not only purging the Muslim cleric’s alleged supporters at home in Turkey, but is also pressing countries around the world to crack down on Gulenist organisations. The diplomatic offensive is forcing nations to choose between their relations with Ankara and often popular local schools and hospitals, in a move that analysts warn could damage Turkey’s international ties and image.

Edil Baisalov, a former minister in Kyrgyzstan, says Gulen-linked schools have been an important tool of Turkish soft power in his country. “Ninety per cent of our closeness to this country and the sympathy [with it] is explained by how many of our youth — including my nephew — were educated in these schools,” he said. “If they throw us out of their orbit, I am sure the Russians will be very happy. Is this what Erdogan wants?”

In the early 1990s, the network of Mr Gulen’s supporters expanded beyond Turkey into the Balkans and central Asia, followed by south Asia, Latin America and Africa. At its peak, his supporters say, it was present in 160 countries.

Washington has demanded hard evidence for a demand to extradite Mr Gulen and US state authorities have largely resisted pressure to close charter schools allegedly linked to his movement. But governments more reliant on Turkey have simply ordered institutions to close. In post-Soviet central Asia and the Caucasus, Turkey is a crucial ally and counterweight to Russia and China.

Kyrgyzstan has borne the brunt of the pressure since the coup attempt. Mevlut Cavusoglu, Turkey’s foreign minister, has called Kyrgyzstan the “base” for Gulenists in the region, claiming that they have “infiltrated” the country’s institutions.

Bishkek has in return criticised Turkey for using “the language of ultimatums and blackmail” against an “independent, sovereign state” — but nonetheless the Kyrgyz foreign ministry said it would “take appropriate and timely action as necessary” in regard to 30 Gulen-linked schools and a university.

Azerbaijan, which counts Turkey as its closest ally, has suspended a TV station that had been planning to air an interview with Mr Gulen and has reshuffled the management of a Gulen-linked university.

In several cases, Turkey has offered to run the seized institutions, although it is expected to face legal challenges. Kimse Yok Mu, which was headquartered in Turkey and had more than 200,000 volunteers in 100 countries before being forcibly closed after the coup attempt, is understood to be preparing to take the decision to international courts.

Joshua Hendrick, an expert on the Gulen movement at Loyola University in Maryland, said Ankara faced a big challenge when it came to stepping into the shoes of its former allies.

Excerpted from FT, click below link to read the full article.

The Peace Islands Institute (PII) held a discussion panel on October 28, titled “A Year After Hurricane Sandy: Climate Change and Disaster Management” in order to raise awareness on climate change and disaster management, to highlight disaster management planning, to explore effective ways to respond to natural disasters during and after emergency and to handle the emergency situations.

Ten graduates of Turkish schools in Bosnia, which were opened right after the Bosnian war and are among the top educational institutions in the country, are now working as teachers at the schools they attended as students, the Anatolia news agency has reported.