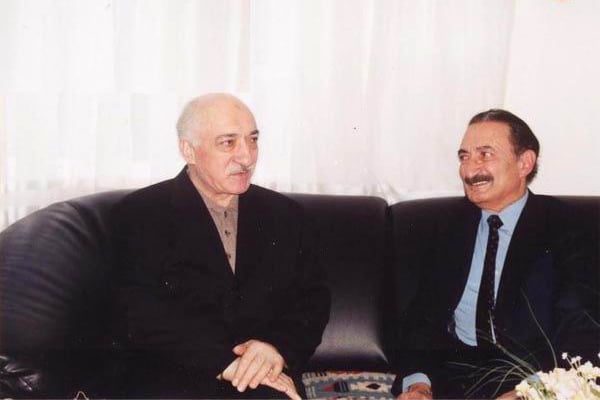 In 1933, after the Great Depression, Franklin Delano Roosevelt set on enacting a broad, far-reaching and eventually hugely successful set of economic policies that came to be known as the New Deal. The New Deal entailed, among others, measures to create jobs for the less advantaged and vastly improve the social security network. Monsignor John Ryan recognized in the New Deal the potential to help the vast majority of the American Catholics, most of which fresh immigrants from impoverished regions of Europe, to escape poverty and improve their social and economic standing. He was, independently, an accomplished social scientist and had written extensively about social welfare, and he saw in Roosevelt the political promise to help achieve what he thought was a vital social and economic reform. Consequently, he threw all his support behind the New Deal. He helped the Roosevelt administration with gaining the support of the Catholic clergy, and he vocally supported several reforms that eventually became part of the New Deal. He rationalized and justified his political stance using the same theological arguments that constituted the basis for his social thinking. After all, he was a clergyman. He did not use religion for political goals; au contraire, he used the political discourse to help achieve what he thought were goals that religious values necessitated.

Later, he supported Roosevelt in the elections while another Catholic priest, Father Coughlin, vehemently opposed him. Fast forward to our times, and you can routinely witness politicians seeking the support of religious leaders, or the latter openly voicing their opinions from the TV screens. They naturally employ religious arguments in supporting their opinions, just as the head of an environmental organization would use environmental arguments. If one doesn’t like their arguments, or their face for that matter, relief is just a remote click away.

This is why I find myself befuddled by the confessed disappointment of several Turkish journalists with what they perceive as an overt involvement in politics of Fethullah Gulen and the loosely associated network of volunteers that has become known as the Gulen Movement. After all, if one happens to have developed some sort of social thinking and certain sensitivities that come with it, what is more natural for them then to voice their support or dissent based on these sensitivities? Does being a religious community leader disqualify one from having an opinion on social and political issues, and from being able to express that opinion publicly? I wouldn’t think so, and I find it hard to understand why anybody would.

So how is one supposed to understand the recent reaction of some columnists to Gulen’s public endorsement of the new constitution? My view is that what is happening is a redefinition of the space allowed to religion in the public space, and that is what lies at the foundation of the recent discussion. Starting with the foundation of the Turkish Republic, for decades on end religion was suppressed from the public space, and religious communities and movements had to hide in order to survive. As they started regaining numbers in the 80’ies, they were content with the state’s policy of “benign ignorance” and were happy just to be socially active and escape being branded as fundamentalists. The tacit social contract as reflected in the mainstream media seemed to have evolved along same lines. The religious leaders and movements would continue to be ignored as long as they refrained from making any open contribution to the public discourse. They were assigned a limited space, and they accepted it, if reluctantly. After decades of outright state oppression, they didn’t have much choice.

But some of them, and the Gulen movement is the most obvious example, decided to be pro-active and attempt to expand their place in the public sphere. They founded (and bought) newspapers, TV and radio channels, and magazines, and they turned out to be successful. Zaman, the newspaper most closely affiliated to the movement, is now the daily with the highest circulation in Turkey. Furthermore, with the coming to power of the AK Party, socially conservative and largely sympathetic to religious communities, the latter saw the state pressure on them diminish even further. The parallel emergence of sympathetic business circles and that of a burgeoning new middle class that shared the same religious sensitivities showed that the society accepted and embraced the new state of affairs.

As a result, now religious communities feel more confident in expressing their opinions and grievances publicly, which is what one would expect them to be able to do in a democracy anyway. They escaped the public anonymity to which decades of state oppression had relegated them, and they had to work hard for it. The process had the non-negligible effect of bringing them closer the mainstream, which reduced the inherent social tensions in the Turkish society. The latest example of this public expression is Gulen’s support of the new constitution, which is a sign of the recognition of the beneficiary effect it is expected to have on the social status of the religiously observant.

The opinion leaders of the old mainstream media, on the other side, are still not ready to digest the implications of the new state of affairs. They are not comfortable with the emergence of new centers of social influence, whose mechanisms they do not understand, and into which they do not have a viable observing window. This is the context within which their complaints about the politicization of the Gulen Movement should be understood.

The reality is, however, that the public discourse in Turkey is expanding to include everybody, and that appears irreversible. The sooner this is accepted, the better.

This article was published at http://www.thewashingtonreview.org/articles/religion-and-politics-in-turkey-to-talk-or-not-to-talk.html