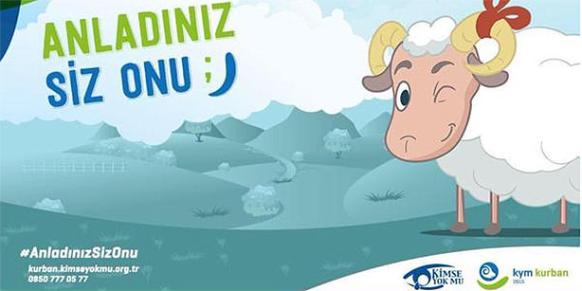 Winking an eye, the ram says, "You got it,” conveying that the foundation expects charitable donations of sacrificial animals.

On the banner is a sacrificial ram with a red ribbon on one ear. Winking an eye, the ram says, “You got it,” conveying that the foundation expects charitable donations of sacrificial animals. Kimse Yok Mu sacrifices thousands of animals all over the world, delivering meat to people in need.

The foundation, inspired by the faith-based Gülen movement, has come under intense pressure from the government, and has experienced difficulties collecting donations. The government-led smear campaign followed a corruption scandal that implicated several high-ranking officials in late 2013.