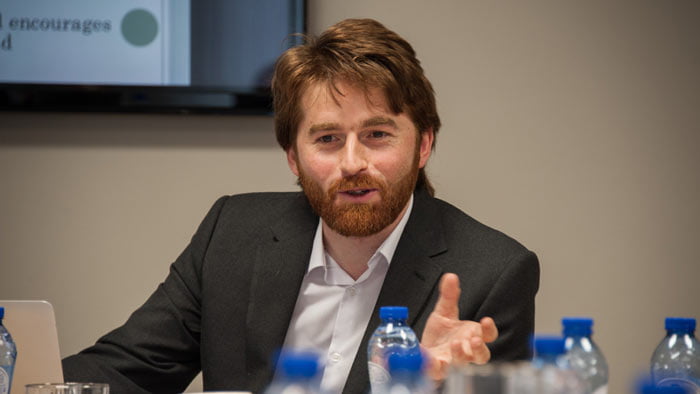 Since Ataturk placed severest legal restrictions on religious institutions and important sites (like graveyards and religious centres), all religious groups were banned. In order to exist all, have been forced to give themselves a make-over.

Some, such as the Mevlevis (Rumi), Bektashis and Alavis, were more successful than others about re-organizing themselves as charities and NGOs at securing the approval of the authorities. However, some other groups, which were not successful enough to establish their legitimate existence stayed at shades or fade away by time.

Hizmet emerged in this climate as a religiously inspired post-modern movement that was not formally defined or organized but nevertheless survived without conflict with the existing structures. After all, it was a group of people trying to engage in every aspect of life without compromising their religious commitments.

The transparency question was continually raised but the Movement’s volunteers were able to answer for themselves and satisfy the authorities, even when the questioning took the form of an exhaustingly long judicial process. Hizmet has never faced any form of judicial scrutiny outside of Turkey, be it on the basis of its transparency or otherwise or on any other matter. .

This is mainly because the people in the Movement conducts all their activities according to the rules and regulations of the country concerned and is open to any kind of inspection. Nevertheless, anxieties remain about the transparency of the Movement in some circles. There are a number of reasons why these anxieties persist:

1) The difference in mind set.

In the Western world, intensely competitive self-interest – required and driven by the way contemporary capitalist markets work – has eroded the values and traditions of service to others, in the family or in society at large. Concepts like altruism and sacrifice for the benefit of others are no longer considered “normal” and therefore viewed with suspicion.

If there are people who are very active but not motivated by self-interest, if they are engaged in the “pursuit of happiness” but through altruism rather than hedonism, it is supposed that they must have a “secret” or “hidden” agenda which does fit the “norm” of selfish motivation. In other words, such people, it is supposed, are not being “transparent”.

The modern “norm” is a paradigm that does not, perhaps cannot, recognize that serving others is a way, aside from its usefulness to community, to find contentment and peace. For the Hizmet volunteers, the norm is derived from a different paradigm: for them, effort in this life is a means of winning success in the afterlife.

They see this world as a place where seeds are planted, whose fruits they will harvest in the world to come. This difference in paradigm is a major obstacle to understanding Hizmet and the commitment of its volunteers.

2) An unstructured movement: Unlike civil society organizations in the Western world, Hizmet is a grassroots movement, not a formally structured, centrally-run organization. In Western societies, a great deal of energy is committed to preparing and planning – this can be a long, complicated process involving the marshalling of all the necessary means and resources before the plan can be executed. As a result of that process, these societies, albeit very efficient when they act, are sometimes slow to move in response to the needs that are there.

The approach of the Hizmet volunteers is different. They proceed from a strong belief that God will help and sustain their effort and bring it to fruition in the future. Thus they do not prepare and plan but not begin until all the means and resources are in place. Rather, they have their inspirational sources, their ideas and good will, and they make a start with whatever means they have to hand in whatever situation they find themselves.

They say: “Our duty is to strive and it is God who wills and guides the outcomes from our striving.”

The absence of a central planning body which tells the volunteers what to do is another reason why the success and dynamism of the Hizmet movement puzzles observers who cannot understand how diverse people working autonomously in diverse locations can achieve outcomes that are coherent and mutually supportive.

3) Being for and not against: The Hizmet volunteers share a new perspective, first clearly formulated in modern times by Said Nursi, namely that it is essential to be positively in favour of doing good, of making a constructive contribution to society, rather than seeking to criticize what is wrong or to fight against others or against the whole “system”.

Nursi taught that it is more important to support and take part in constructive activities rather than negative, destructive activities. Those who criticize may well be right in their judgement but it does not follow that they also have the will or the power to establish something good to put in the place of what they are criticizing.

Thus every positive contribution is valuable, however small it may seem to the individual making it, and if this attitude is sustained over time, it comes to be shared by others, and the small contributions then add up.

4) Being out of sight: Given the power to publicize things that new communications technologies have made available, it is common for volunteers and their organizations to put out as much publicity as they can, to make bold “mission statements” and announce and promote themselves.

In the Hizmet movement, the emphasis is on people fulfilling their responsibilities towards God by actively serving the community.

Accordingly, they pay less attention to public relations and more to the particular service they have engaged to provide. This means that the Hizmet volunteers do not seek the limelight for themselves, individually or as a group. They do not have a general “mission” or a general “image”, as so many organizations do and which they actively promote. Rather, the Hizmet volunteers have a particular service that they are trying to provide to the highest standard within their capacities.

If they want attention at all, it is for that service, not for themselves. Given the widespread culture of competing for attention or celebrity, the fact that Hizmet volunteers stay out of sight is another factor prompting anxieties about “transparency”.

Those are the four main reasons why critics of the Hizmet movement are (or claim to be) so concerned about its transparency. And yet the solution to their anxiety is simple. The Movement is, and has always been, very open to any kind of dialogue with and questioning by others.

Nobody can claim to have a problem of transparency when the Movement is itself keen that others find out about it and, if they want to and only to the extent that they want to, contribute to its culture of service. That, after all, is precisely how Hizmet has grown.