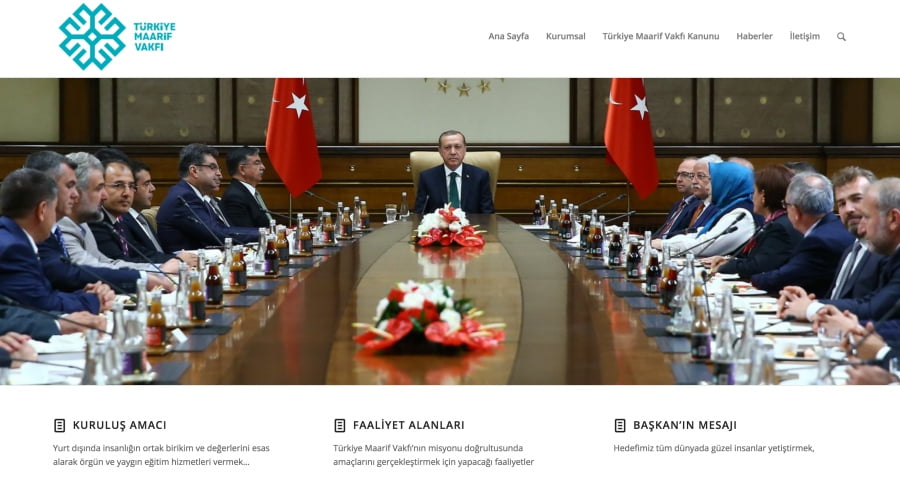 This followed comments by a teacher, in response to questions from his students in one of the educational institutions TIKA operates in Albania, that ISIS seeks to promote Muslims.

The foundation was set up by the Turkish government to take over Hizmet Movement’s affiliated educational institutions in Nigeria and across Africa.

According to a news report published recently by the Washington Post, the teacher, Emine Alushi, 39, was arrested and is facing a charge of religious hatred, which carries a sentence of up to 10 years in prison, according to a police statement.

“Alushi was shown by private television station TV Klan debating with students and making “strong statements for the notorious ISIS organization and the former leader of the terrorist organization al-Qaida, Bin Laden,” the report stated.

The controversial teacher works at a İmam Hatip school established by the state-run TIKA, primarily funded by the Turkey’s ruling AK Party government since 2002 under President Recep Erdogan.
“During the 35-second video, a student says he does not understand if ISIL militants are Muslim or not. In her answer, the teacher says ISIL seeks to protect Muslims and thereby they are good people.”

Turkey recently proposed the newly established Maarif Foundation to take over schools that are linked with Hizmet movement in Africa and the rest of the world, following a law to that effect by the Turkish Parliament last September.

Addressing the Turkey-Africa Business Forum in Istanbul, Turkish President Recep Erdogan asked African leaders to replace Hizmet affiliated schools in Africa with Maarif Foundation. In a statement credited to the President of TIKA, Dr.Serdar Cam, “the Foundation has already taken over schools in Somalia, Sudan, Gabon and Guinea, and negotiation is undergoing with other African countries to replace Hizmet affiliated schools.”

It is however reported in some quarters that the bulk of the funding for Maarif foundation was coming from Saudi Arabia in an attempt to introduce the Wahhabism and Sufism ideology in these countries.

Wahhabism is a conservative and intolerant form of Islam that is practiced in Saudi Arabia; Osama bin Laden and his followers practice Wahhabism.