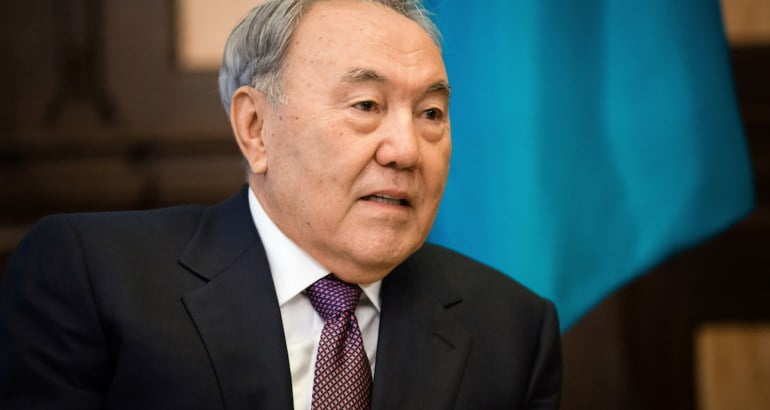 Speaking during a press conference at the presidential palace in Astana, Nazarbayev said his Turkish counterpart, Recep Tayyip Erdoğan, had informed him several times about the schools and demanded that the teachers be extradited to Turkey, the Zamanaustralia.com websitereported.

Underlining that the teachers working at the schools in Kazakhstan are innocent until proven guilty, Nazarbayev said, “I told [Erdoğan] that I cannot do anything wrong against those teachers because they are not guilty here [in Kazakhstan].”

He also said that Turkish teachers working in Kazakh-Turk schools wrote letters to him saying they will be subjected to imprisonment, violence and torture if they are extradited to Turkey.

Nazarbayev further underlined that the schools were earlier transferred to a trust under the Kazakh education ministry and are not connected to US-based Turkish Islamic scholar Fethullah Gülen, who is accused by Erdoğan and the Turkish government of masterminding a failed coup in Turkey last year.

“Those [Turkish teachers] who are here [in Kazakhstan] are not guilty. If you [Turkey] present any evidence proving they are guilty, we can look into it by means of Kazakh institutions. We cannot jail innocent people or hand them over to you. I said that, and this is the deal. End of discussion,” he said.

A military coup attempt on July 15, 2016 killed 249 people and wounded more than a thousand others. Immediately after the putsch, the Justice and Development Party (AKP) government along with President Erdoğan pinned the blame on the Gülen movement.

Gülen, whose views inspired the movement, strongly denied having any role in the failed coup and called for an international investigation into it, but Erdoğan and the government initiated a widespread purge aimed at cleansing sympathizers of the movement from within state institutions, dehumanizing its popular figures and putting them in custody.

Erdoğan also launched a witch-hunt against Gülen followers worldwide resulting in the extradition and detention of Gülen-linked teachers and businessmen and their families in several countries, including Malaysia, Myanmar, Saudi Arabia, Qatar, Georgia, Azerbaijan and Somalia.