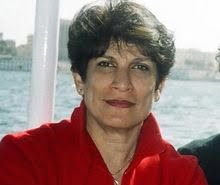 As Erdogan goes for the retaliatory path, he seems to be the only winner following the failed coup, with Turkey at large left as the loser.

A dear friend, hours into the Turkey coup d’état, wrote, “How many articles are being written right now on Turkey entitled ‘the Egyptian Model’?”

My friend needn’t have worried that much. Invoking a comparison between the “Egyptian Model” and what happened in Turkey does not add up since similarities do not exist.

And I usually don’t meddle in other countries’ affairs, but since Recep Tayyip Erdoğan himself made the comparison on what else but Aljazeera, I was given the green light to meddle, too.

Erdoğan referred to the Egyptian president as a “coup plotter,” just like those who attempted the coup in Turkey.

“He overthrew the president elected by the people with the use of weapons while he was still the minister of defence; can we respect this behaviour?” Erdoğan asks. All this cuts short his lame efforts of the previous few weeks to improve relations with Egypt and confirms beyond a shadow of a doubt his blind irrevocable bias.

Comparison set aside, it is necessary to look at the picture in Turkey today. Some questions will remain unanswered, such as if the coup was staged, aka simulated, or if Fethullah Gulen, living in the US since 1999 and a former ally of Erdoğan, had a hand in all this.

Other queries may be easier to resolve. How far will Erdoğan go to purge the country of all opposing factions to secure his power? More importantly, who will lose and who will gain from what happens in Turkey today? And what kind of effect will it ultimately have on Turkey, if not the Middle East?

A few hours after the coup, Erdoğan regained power swiftly and the purging began immediately. According to Erdoğan himself, again on Aljazeera, 9,004 people are in pre-trial detention and 1,033 have been arrested; so hastily did retaliatory measures take place that it was as though the list of opposing members was prepared prior to the coup.

Hours into the coup, the police force literally chased and cornered naked army officers and conscripts, humiliating some and killing others. Army and police generals and admirals were arrested, too; all in all, 8,000 police officers were fired and 6,000 soldiers were arrested.

The retribution seemed indiscriminate, though there must have been a systematic pattern to the madness. Not only did the widespread clampdown hit the security apparatus, but also civil servants and professionals, the créme de la créme.

Erdoğan suspended 6,000 judges, revoked the licenses of 21,000 teachers, and discharged 492 personnel from the Religious Affairs Sector, including imams and muftis. Hundreds of employees in public broadcasting were, and still are, being investigated.

Before the world could gasp in bewilderment, every university dean in the country was asked to resign. All in all, 59,000, and counting, professionals were given the pink slip.

A three-month state of emergency also went into effect, the call for restoring the death penalty echoed on the streets of Ankara and Istanbul. And Turkey today is looking into allowing citizens, the loyal ones, to carry weapons to protect themselves.

In the short term, the winner in all this is definitely Erdoğan himself. Even if he may not have staged the coup, he will exploit it to the fullest. In an unprecedented show of unity, the Turks went out to support Erdoğan against the attempted coup, leaving him basking in the glory of having suppressed it and free to initiate change.

A case in point: the presidential system called for by Erdoğan for some time, versus the current parliamentary system, will pass without a hint of disgruntlement.

The coup first, and the support second, will allow Erdoğan to crush all opposing factions, including the Gulen Movement, secularists, intellectuals, and liberals. Turkey has become Erdoğan’s oyster.

The losers are many, though. The most troubling loser is the Turkish security apparatus and its remaining standing generals. The army and army intelligence were struck a harsh blow and humiliated to an unprecedented degree, leaving its top overseers humbled and demised.

However, taking all this mortification lying down may not be among the tenets of army officers. It remains to be seen how the army and the police force will react.

The second loser is secularism. Erdoğan’s Islamist predisposition regained much power as the coup failed. Those who were thrashing the victimised conscripts and army officers on the streets of Ankara and Istanbul were unquestionably Islamists, and those calling for the resurrection of the death penalty were Islamists as well. They have been given carte blanche to intensify their raid on liberal thinkers, and today secularists and liberals will be closely monitored, if not pursued.

Academics are also among the losers. In a move to purge academia of Gulen’s followers, all academics in Turkey were banned from travelling abroad, either for work or pleasure. University-affiliated students studying abroad were asked to return home. Though academics are used to restrictions, this goes beyond any previous oppressive measures. How they will react remains to be seen.

Tourism in Turkey will lose. A coup is a coup even if it is a failed one. Ask Egyptians about the consequences following similar disruptions. As tourists will not visit Turkey for the time being, the economy will most definitely suffer.

The Kurds and Syrians will lose. Erdoğan will now have a free hand to attack South East Turkey and the Kurds and to pry into Syrian affairs even further. The Peace Petition, which was signed by many academics, had asked the government to stop its attack on South East Turkey, worried that the war may extend into all Turkey. Academics today will have no say, and the wars will continue.

Turkey at large will lose as Erdoğan chooses the retaliatory path and purges relentlessly, splitting the country into supporters and adversaries.

A climate of fear and indignation will envelop not only the many institutions that were hit hard, but Turkey in general, and the Middle East will suffer even further than it is already suffering. Conflicts tend to spill over into neighbouring countries, and the Middle East is no need of more tension.

I guess I have to agree with my dear friend; a comparison between Egypt’s 30 June uprising and Turkey’s failed coup is groundless. The two events are so dissimilar that it would be pointless to go there.

The writer is author of Cairo Rewind: The First Two Years of Egypt’s Revolution.