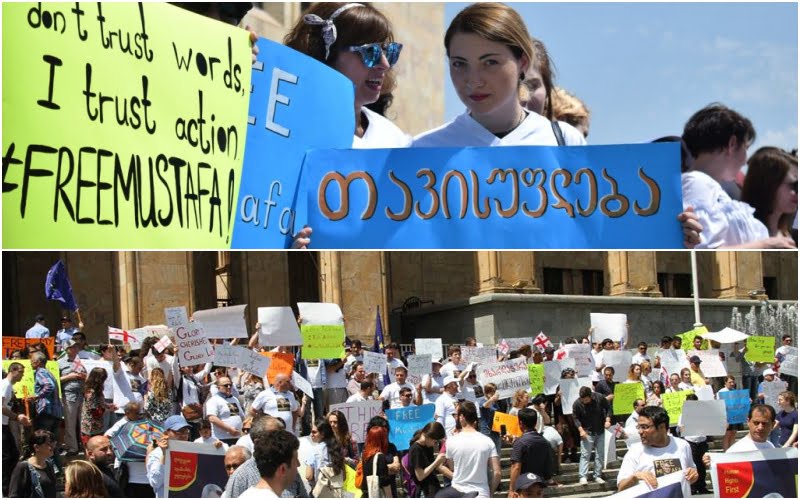 Non-Governmental Organizations (NGOs) have gathered at the government administration in support of Mustafa Emre Cabuk, one of the managers of the Turkish Demirel College, who was sentenced to three-month pre-extradition detention over alleged links to terrorist organization. As part of their protests they wore handcuffs while pretending to study. They say this is to demonstrate that Cabuk is being unfairly investigated considering he was only engaged in educational activities in Georgia.

The spouse of Emre Cabuk and some students also joined the protesters.

The manager of Demireli College was arrested on May 24. Tbilisi City Court ruled on May 25 that Cabuk would stay in three-month pre-extradition detention. The decision was made the day after an official visit of the Turkish prime minister and cabinet members to Georgia.

Cabuk’s lawyer Soso Baratashvili says that his client is not guilty, and he is accused of having links to the organization FETO, registered in the United States and associated with Fethullah Gulen, who is accused of orchestrating a military coup attempt in Turkey on 15 July, 2016.

Baratashvili is sure that Cabuk was detained at the request of the Turkish government.

Cabuk denies all allegations and says that he has been only carrying out educational activities during his 15-year stay in Georgia.