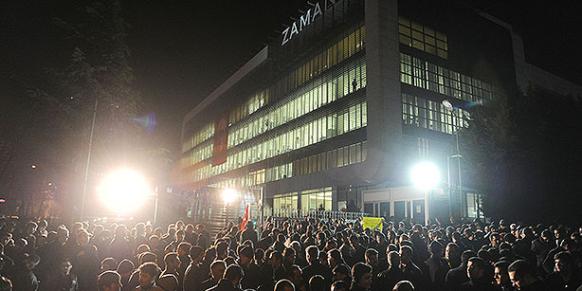 Turkish police have reportedly detained two producers from Samanyolu TV in the first wave of what was said to be a large-scale operation against the media across Turkey.

Samanyolu TV lawyer Fikret Duran said on Sunday morning that producer of Tek Türkiye series of Samanyolu TV Salih Asan was taken into custody in central Turkish province of Eskişehir. He stated that police searched the house of Asan and took him for interrogation.

The lawyer added that producer of Sungurlar series of the same network, Engin Koç, was also detained in a pre-dawn raid in eastern province of Van.