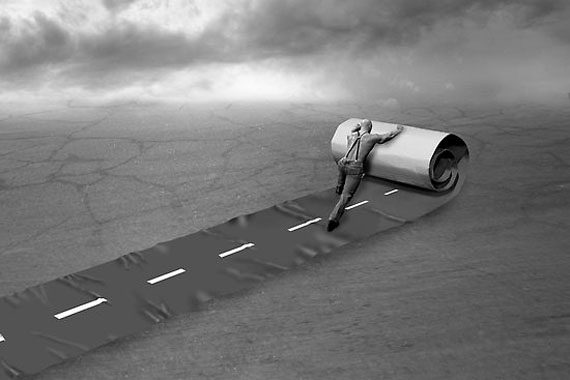 As if my seeing Dr. Qameruddin at the International Conference on the “Muslim World in Transition: Contributions of The Gülen Movement” had not been surprising enough, his first sentence also caught me off guard.

“I liked what I heard at the conference, and I came to appreciate what the people of this movement have been doing,” he said, adding, “Could you please introduce me to their local representative?”

You do not know my old friend Qameruddin; if you did, you would have been as surprised as I was. Dr. Qameruddin is not his real name; I’m afraid to disclose his real name for the simple reason that I did not ask his permission. I can vouch for his religious sincerity and personal integrity. He has devoted his life to what he believes in and never expected anything in return. His education prepared him for a world of scholarly endeavors and could have allowed him to earn a decent living; but after a brief stint as an academic at London University, he never considered furthering his academic career. Instead he took up journalism and became a man of action.

Even his faults and fallacies during the last 25 years that I have been observing him have not been of his own creation, but rather the results of the circumstances into which he falls so easily because of his sincere devotion.

A two-day conference in London, co-organized by the Dialogue Society and Middle East Institute, both London-based inter-faith groups, attracted many academics and religious people as well as laymen with an interest in the way our world is being evolving. As a side benefit, the conference provided me with an opportunity to re-establish my friendships with old friends from my time spent in London.

Curiously enough, my friendship with Dr. Qameruddin did not start while I was living in London some 30 years ago, but rather took off when I moved to Boston five years later. He was the deputy editor of an Islamic bi-weekly with the proud claim of being the flagship of the “Global Islamic Movement” and I was sending him my pieces on Turkey under military rule.

Those were the days when the Islamic revolution in Iran had become a rallying point for many Muslims all over the world. Dr. Qameruddin and his close circle of friends had turned their faces from the strain which was not too distant from the traditional Sunni understanding of Islam and had become supporters of the Islamic revolution in Iran. They produced a magazine, published books and organized international conferences, all of them meant to praise the newly emerged version of “revolutionary Islam.”

Seeing him come to an event which he had always despised in the past and appreciate a totally different approach to all things Islamic was like a condensed history of the disappointed Muslim intellectuals who put too much credence in the Iranian experience, never discovering its uniqueness to Iranian history.

My friend Dr. Qameruddin must have traveled a long road on which he has finally reached the maturity of appreciating a grass-roots Muslim movement rather than a revolution from above.

At the London Conference on the Gülen movement, we, together with local attendees like Dr. Qameruddin, listened to papers of learned academics who covered topics from “Euro-Islam” to “Islam as Social Capital.” Many speakers tried to shed light on the Gülen movement’s platform of non-violence and civility; some praised it as an example worthy of emulation by other countries in the Islamic world.

The idea that a group of people can devote their time, money and resources for other people’s children — to provide them with the best education available, to travel to far-away places for that dream and never expect any reward from anybody but Allah — is not easy to internalize by politically minded people like my old friend Qameruddin.

When Fethullah Gülen, the spiritual leader of the movement, sends them to the other side of the world, people who consider him their mentor don’t hesitate to leave everything behind and establish themselves in a new environment.

The teachings of Gülen are guidance to many inside Turkey and out, and his followers have not left anywhere in the world untouched. They have set up schools and institutes in the four corners of the globe. Now, the movement has more than 100 private schools in Turkey and at least 200 schools in other countries, including China, the Philippines and Cambodia in Asia; Tanzania in Africa; Bosnia and Herzegovina in Europe; several in the US and three in Britain. The movement allocates financial as well as human resources for each school.

Education is only a part of the movement’s activities; its main attraction to large segments of Turkish society is its willingness to engage in dialogue with other religions and ideologies. It is an inclusive movement which has adopted a standing consultative body consisting of people from all inclinations. The movement is always the first to condemn violent activities whenever and wherever they occur, regardless of who the perpetrators are.

It is quite a success story as a social movement of humble beginnings in the 1970s with a small group of people dedicated to following a man of religion they revered; today it has a deep influence on many societies where it has an established presence. The movement attracts attention not only from Muslim societies but also from the scholarly circles of the West. The London conference that I attended certainly made an impact on first-time attendees.

“I am terribly impressed,” were the last words my old friend Qameruddin said when we parted.

The Wisdom School hosted a talk from a member of the House of Lords on Friday 23rd November 2012 to encourage students to engage more with the political and parliamentary process. It was one of over 40 visits to schools that took place around the United Kingdom to mark the final day of Parliament Week, […]