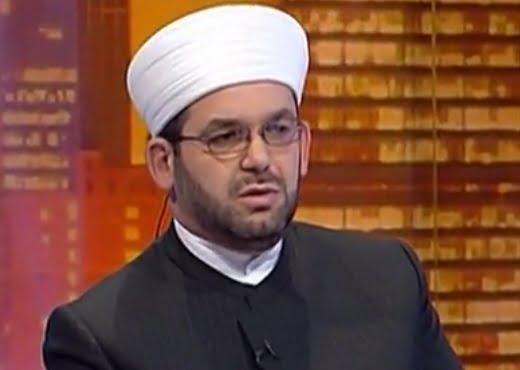 Mufti of Shkodra Muhamed Sytari has been the guest of yesterday’s “Bugajski Hour” in Albanian Screen where he made strong statements about various current issues.

He said that the Albanian Muslim Community has distanced itself from various organizations known as terrorist, even when in Albania that was not the topic of discussion.

Imam Sytari also emphasized that these organizations have no relation to Islam and that Islam is a religion of peace and acts like murder, massacres, etc. are not related to it, transmits Albeu.com.

He also expressed his thoughts about Turkish thinker, Fethullah Gulen.

“Gulen is a global thinker, praised by all. What he has managed to build up nowadays, is something that many others have not done, for especially building the confidence in youth, and teach them how to be good citizens of their country, so to be constructive Muslims in their country. And his philosophy for religious coexistence at a global level, i think has brought good things to humanity and tothe Islamic world.

Everywhere in the world, Muhammed Fethullah Gulen is a honored name, a scholar, who through his books and calls has represented in a worthy manner the calling of his spiritual leader, Bediuzzaman Said Nursi, one of the thinkers and great men of the Islamic world in the last century, “said the mufti of Shkodra, in an interview with analyst Janusz Bugajski in Albanian Screen.

In addition to his admirers, Gülen has enemies who have obliged him to live in the United States far away from his beloved country since 1999. It is clear that the animosity towards Gülen stems from Kemalist hard-line secularism, which sees in any manifestation of Islam the worst enemy of modernization and wants to exclude religion from all spheres of society.

Today’s Zaman interviewed Wagner about his recent book and his insights about Fethullah Gülen. Prof. Walter Wagner says: “There was a Hitler, there was a Stalin, and there was an Osama bin Laden. We must be very careful and we must examine the heart. In Gülen’s case, the key is love. If the charismatic leader does not lead you to love, does not lead you to acceptance. People are hungry for such leadership.