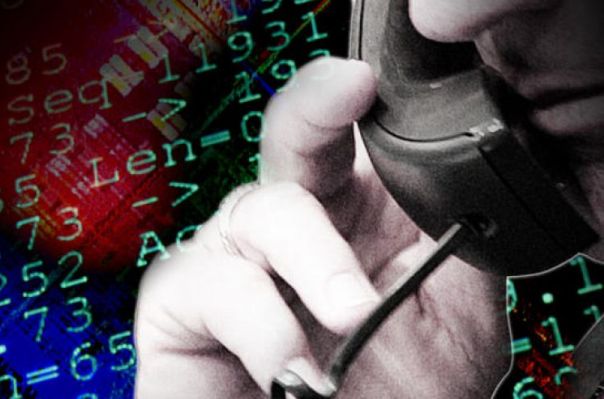 The lawyer of Turkish Islamic scholar Fethullah Gülen has said there has been systematic eavesdropping on unsuspecting citizens for the last six months which led to a smear campaign against his client that included edited and doctored voice recordings.

“Today, it has become obvious that there has been systematic, illegal wiretapping going on in this country for at least six months. The information in these voice recordings, after being edited and doctored, was released as part of the smear campaign,” he said.

On behalf of his client, Albayrak filed a criminal complaint against those responsible for illegally wiretapping many of Gülen’s phone conversations with friends.

He has called on prosecutors and officials to expose an illegal organization in Ankara believed to be responsible for wiretapping influential figures’ phone calls and as well as the defamation campaign.

Stressing that the publication of illegally wiretapped conversations is a crime punishable by up to six years in jail, according to Turkish Penal Code (TCK) Article No. 133, Gülen’s lawyer said that his client is neither being investigated nor is there a court judgment sanctioning that he be wiretapped.

He said whoever is illegally listening in is apparently aiming to distract public attention from the ongoing corruption investigations. The lawyer added that a political engineering campaign is being attempted to discredit his client.

In another set of recordings leaked at the same times as Gülen’s illegal voice recordings, a man named “Süleyman” can be heard speaking to a reporter. Gülen’s lawyer said his client had no association with Süleyman and that the conversation between him and the unnamed reporter are lies and slander.

Albayrak stressed that tapes have been doctored to mislead the public about Gülen.

In the leaked phone conversations, Süleyman was claiming that a new political party would be set up with 78 defectors from the ruling Justice and Development Party (AK Party). He admitted to connections with Israel-linked lobbies and financial circles and predicted that Prime Minister Recep Tayyip Erdoğan’s government would soon fall.

Gülen’s lawyer said none of the claims raised by this person have any truth to them and that the timing of events mentioned in the voice recordings did not match when they actually occurred. He believes this is another sign that the recordings were doctored for propaganda purposes.

Albayrak said the media reports about the recorded phone conversations have been made in an effort to tarnish Gülen’s reputation.

Last week, Albayrak said illegal voice recordings of conversations Gülen had with friends on the phone did not contain anything that constitute a crime and that their broadcast violates the norms of communication privacy.

Gülen’s lawyer also criticized the AK Party government for not vigorously investigating who performed the illegal wiretaps. He lamented the fact that the government failed to expose the culprits despite it being in power for the last 11 years. He also blasted politicians from the governing party for exploiting content from illegal voice recordings in public rallies. “This has encouraged the perpetrators,” he said.

Albayrak said he will soon file criminal complaints regarding the latest recordings as well as against the person identified as “Süleyman.”

Opposition parties have repeatedly warned members of the ruling party allegedly involved in graft that they would be held accountable for their corruption. That is the reason why a number of leading members of the AK Party, including Erdoğan, are taking the local elections as a life or death issue for themselves