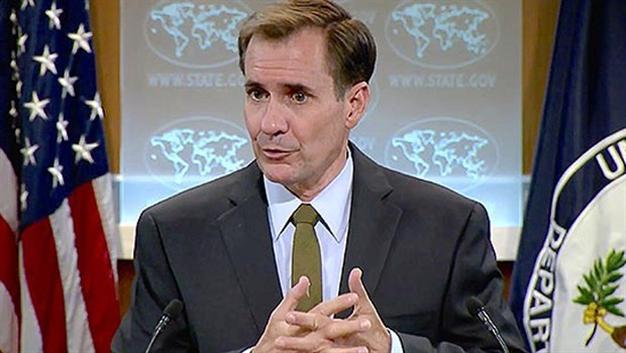 “The Gülen movement has not been designated as a foreign terrorist organization. We’ve seen the reports you’re talking about, and I’d refer you to Turkish authorities for more on that, on their decisions,” U.S. State Spokesperson John Kirby said, while speaking at a daily press briefing on June 1.

Kirby also said it was up to Turkish officials to decide how the country would react when asked whether Turkey would accuse the U.S. of supporting the movement.

“Well, that’s up for the Turkish officials to decide how they’re going to treat this. Again, we don’t consider it a foreign terrorist organization,” Kirby said.

Meanwhile, the spokesperson did not comment on the extradition request for Gülen.

Earlier, Turkish President Recep Tayyip Erdoğan had said the Gülen movement would be officially registered as a terrorist organization.

“We took a new decision yesterday. We said that it [the Gülen movement] is an illegal terrorist organization,” Erdoğan said at an event in the Central Anatolian province of Kırşehir on May 27.

“We took a recommendation decision regarding the Fethullahist Terrorist Organization [FETÖ]. We have sent it to the government and we’re now waiting for the cabinet decision. We will register it as a terrorist organization. It will be tried in the same category as the PYD [Democratic Union Party] and the PKK [outlawed Kurdistan Workers’ Party],” he said, referring to other groups that Turkey formally lists as “terrorist organizations.”

Gülen has long been accused by leading Justice and Development Party (AKP) lawmakers, Erdoğan and his inner circle of forming and heading a terrorist organization to topple the Turkish government through insiders in the police and other state institutions.

A Turkish court in December 2014 issued an arrest warrant for Gülen, who has lived in self-imposed exile in the United States since 1999.

IT IS a long way from the Anatolian plains to a campus in the heart of London, where eminent scholars of religion deliver learned papers. And the highlands that used to form the Soviet border with China, an area where bright kids long for an education, seem far removed from a three-storey house in Pennsylvania, […]