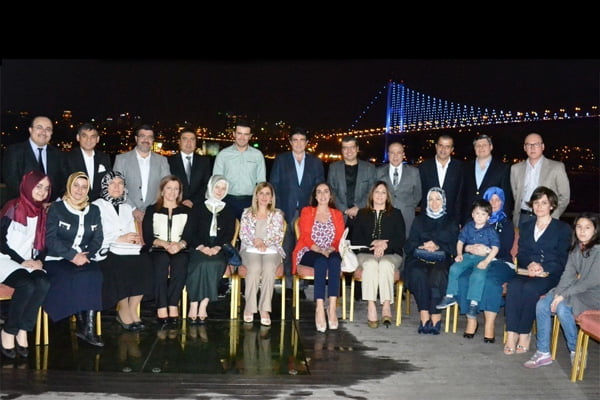 Intercultural Dialogue Platform (KADIP), under the umbrella of Journalists and Writers Foundation, in cooperation with Association of Dialogue and Solidarity (DIDADER) launched “Families are meeting” project intended to enable members of diverse faiths, ethnicities and cultures to get to know each other and socialize.

The inaugural “Families are meeting” event, which seeks to get families of diverse cultures, ethnicities and faiths to exchange evening visits, learn about each other’s customs and traditions, socialize and accept each other as they are; took place at JWF Kuzguncuk branch.

A total of 14 families gathering at the introduction dinner got acquainted and exemplified the richness in dissimilarities. As a part of the project, partnered families of different cultures will pay visits to each other. At the whole family dinners and conversations, experience and cultural exchanges will take place. Gathering memories will be photographed as well. The first stage of the project, during which mutual visits are scheduled to be completed, will come to an end with an altogether dinner. At the closing event, experiences and feedbacks from the participant families will be listened and thus next stages will be planned accordingly.

Communicating the motto “Dissimilarities are our richness” to every segment of society is sought as well as enabling families of diverse cultures and ethnicities to make acquaintance, through the project.

Source: Published [in Turkish] on KADIP, 18 May 2013, Saturday. English translations is retrieved from Hizmetmovement.com