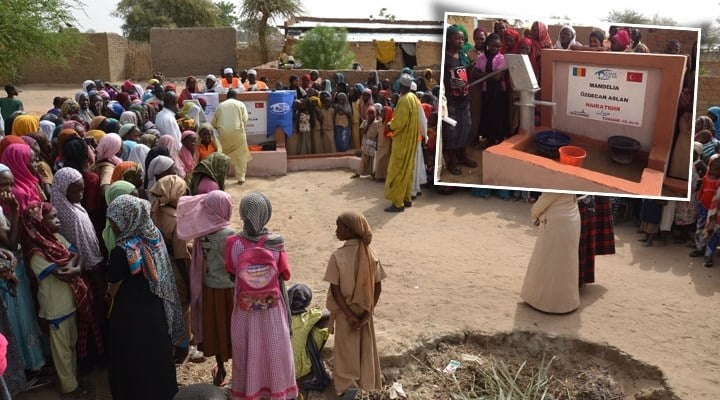 The Turkish charity organization Kimse Yok Mu (Is Anybody There?) constructed in a small town in one of Africa's poorest countries, Chad, dedicated to the memory of Özgecan Aslan, who was brutally murdered in Mersin province on Feb. 11.

The well was built in Mandelia town near Chad’s capital N’Djamena. Constructed with the support of Kimse Yok Mu, the well will supply clean drinking water to thousands of women who previously were hauling their water on foot for miles.

20-year-old university student Özgecan Aslan was brutally murdered and then doused in gasoline and set on fire in the southern city of Mersin on Feb. 11. The missing woman’s charred body was discovered two days later, and the grisly murder evoked rage and condemnation from all quarters of Turkey.

Aslan’s murder shook Turkey to its core, resulting in nationwide mourning with protests in cities all over the country.

Özgecan Aslan was laid to rest on Feb. 14 with a ceremony that was attended by an estimated 5,000 mourners in Mersin.