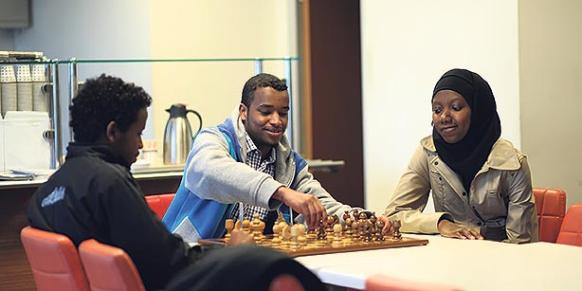 Foreign students who are graduates of schools opened by Turkish entrepreneurs affiliated with the Gülen movement (also called the Hizmet movement) all around the world, have expressed bewilderment over the government’s plan to shut down the schools, saying that the Turkish government is making a grave mistake in targeting these schools as they are renowned and praised for their high-quality education by foreigners.

Last week President Recep Tayyip Erdoğan, on a tour of several African countries, pressed ahead with his campaign for the closure of Turkish schools affiliated with the Gülen movement in African countries. During his visit to Ethiopia he said, “In the countries we visit, we have been talking about the status of these schools and saying they should be closed.” Erdoğan also said he has been telling African authorities that the Turkish Ministry of Education is ready to offer the same service provided by these schools. “The ministry is close to finishing its preparations to that effect,” he said.

Erdoğan launched a battle against the Gülen movement after a corruption probe in which senior members of then-Prime Minister Erdoğan’s government were implicated went public on Dec. 17, 2013. He accuses the movement of plotting to topple his government.

Muktedir Abdurrahman Ziyad, an Ethiopian undergraduate student at İstanbul University, told Today’s Zaman on Friday that he cannot make sense of the negative attitude of the Turkish government towards the schools abroad.

“I only witnessed the badmouthing of Turkish schools in Turkey. In my country, Ethiopia, nobody thinks negatively about Turkish schools,” said Ziyad.

“The appeal of Turkish schools is incomparably high compared to other schools founded by foreigners in Ethiopia,” he added. Families prefer to see their children educated in those schools, the student continued.

Muhammed İsa, a Somalian university student at İstanbul Ticaret University, stressed that the Turkish schools in Somalia differ from the country’s public schools in the sense that the students continue to stay at the school to do social activities with the instructors or to take supplementary courses.

“The public schools and the Turkish schools are very different… In the schools run by the state, teachers leave school after classes. But in [the Turkish] schools, the teachers play soccer with the pupils and meet with their parents,” said İsa.

Muhammad Kamil, a Ghanaian student at Bahçeşehir University, told Today’s Zaman that he preferred to have his university education in Turkey after he got to know about Turkey when he met with people in the Turkish schools in Ghana.

He stressed that it is impossible to close the Turkish schools in Ghana because those schools already host many Ghanaian students who would stand against any attempt against those schools.

“I don’t believe [the schools will be closed down], it is already late [to close the schools], people love and treat [the schools] as their own. Many people [including those] in distant villages receive education in these schools. Scholarships are provided to [needy students]. If the schools are closed, many people would suffer as a result,” said Kamil.

Nefise Umar, a Nigerian university student from Bahçeşehir University, told Today’s Zaman that her father developed trust in the Turkish people after she received her high school education in a Turkish school in Nigeria.

“My father used to prefer not to send his daughters to other provinces [in Nigeria]. But now I study in a different country, because [my parents] have no worries, they did not witness any wrongdoing [by educators in Turkish schools],” said Umar.

Umar went on to say that the she hadn’t been to villages in Nigeria before she paid a visit to those villages with her Turkish teachers in order to distribute meat to the villagers during Eid al-Adha (the Feast of Sacrifice).

“Our teachers were distributing meat to the villages [during Eid-al Adha]. [As a Nigerian] even I did not know about the villages. I learnt about those villages during this event,” said Umar.