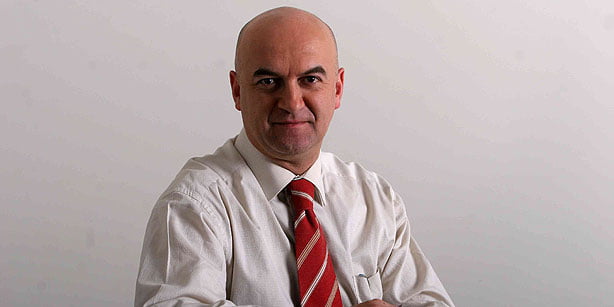 It stinks. This is the bluntest description of what the graft probe has revealed so far. This is a three-pronged operation involving more than 50 suspects, but Turkey has never seen an investigation into four ministers — who form part of Prime Minister Recep Tayyip Erdoğan’s inner circle — and their sons.

What strikes us is that the inquiry required the Minister of Interior, Muammer Güler, who is the superior elected authority over the police, to be kept out of the loop — for obvious reasons.

We see a massive amount of money — tens of billions of euros — and, if the allegations prove to be true, a deep level of corruption, not only in the Fatih district of old İstanbul, but beyond — possibly stretching into other cities.

Suspicions about corruption have been under the surface for the past two or three years. But as the conglomerate-owned media were increasingly reigned in — perhaps for this reason — the public could only guess.

Even today, as the story unfolds, nobody can tell for certain whether what has surfaced is just the tip of the iceberg. Persistent rumors have it that the octopus’ tentacles may embrace many more than four ministers.

Prime Minister Erdoğan, until recently so self-confident and imposing, is no longer the same. He is now facing the most serious challenge of his more than decade-long time in office, and by his manner and tone, he certainly knows it.

Despite claims to the contrary, he was also kept out of the loop and even wiretapped, if reports are accurate — reminiscent of the fate of his close friend, Silvio Berlusconi — by prosecutors. While he had prepared himself so ambitiously for the three consecutive elections beginning on March 30, he is now forced to make drastic choices.

He remains in his trademark defiant mood. “This [the graft probe and arrests] has both national and international aspects. Some collaborators in the country are cooperating with some international circles to undermine Turkey’s success. First they tried to topple us with the Gezi Park protests and now with this ‘dirty operation’,” he said on Wednesday.

The media, under political control, are fighting to stave off the wave of allegations, as are the pro-government propagandists who work as columnists. Despite it all, they still attempt to divert public attention away from the essence of the probe, with some focusing on the “conspiracy” element, arguing that the aim is to topple the government, and others insulting the public’s intelligence by saying that both Erdoğan and Güler should have been informed about the investigation beforehand.

But the public is now sufficiently aware that something rotten must have been active within the government. The information has emerged, and no force — however censorial — can undo what has been done. The genie is now out of the bottle.

But this is not the same as the Gezi Park protests. Yes, one motive behind the unrest in early summer was a perception of corruption in cities’ construction projects, but this time, there is a huge mirror before the Justice and Development Party (AKP) government.

The AKP was elected in 2001 by a massive voter base which was sick of the deep corruption of the 1990’s that brought Turkey to financial collapse.

The word “ak” means “white” or “pure,” and it was the masses’ hope for a new Turkey, with a new moral order, that kept the AKP in power. These revelations thus pose an existential question for the AKP.

So, regardless of the view of the issue as “Erdoğan vs the Hizmet movement,” it boils down to a battle between moral and immoral, clean and dirty, which is the real story of Turkey in the past 12 years. It was not the Hizmet movement, nor liberals, nor other reformists that brought the AKP to power; it was the average people of Turkey.

Thus, it is no exaggeration to say that the AKP is now closer to a moment of reckoning — because it seems to have reached a political impasse — with no moral compass. We can only hope that Erdoğan does not make erratic moves that might make things worse.

Doctors who decided to volunteer at the Nile Hospital, established by Turkish charity organization Kimse Yok Mu and set to open in Uganda in few days, have left Turkey on their way to their new posts. The Nile Hospital will be opened very soon, Türkoğlu said, adding that the second doctor to commit to serving Ugandan patients was Sami Kiper.