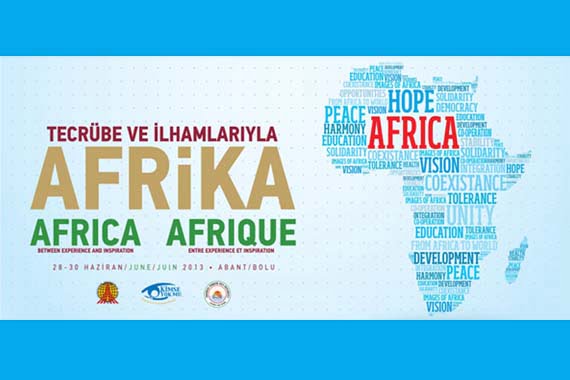 The 29th meeting of the Abant Platform, to focus on Africa, will be held from June 28-30 on Lake Abant in the province of Bolu.

Journalists and Writers Foundation (GYV) Secretary-General Hüseyin Hurmalı told Today’s Zaman on Wednesday that the Abant Platform had established a partnership earlier this year with the African Union, which is celebrating its 50th anniversary.

The meeting on Africa is titled “Africa: Between Experience and Inspiration” and has been organized by the Abant Platform, which functions under the umbrella of the GYV. According to Hurmalı, the African Union, which is already involved in this meeting, will continue to cooperate with the Abant Platform in the future. The two institutions are expected to organize an event on the sidelines of the UN General Assembly in September, Hurmalı announced. The Abant Platform also organized a joint program with the African Union on May 11 in Ethiopia.

A total of 160 participants, 80 from Africa and 80 from Turkey, are expected to attend the meeting that will kick off on Friday. African Union Deputy Chairman Erastus Mwencha and Commissioner for Political Affairs Aisha Abdullahi will be among the participants.

The themes to be discussed at the meeting are listed as Images of Africa: Myths and Realities; Contribution of African Values to Universal Coexistence; Vision for Education in Africa; Health and Africa; and Economic Development of Africa.

The Abant Platform is an independent think tank that takes its name from Lake Abant in the province of Bolu, the location of its first meeting. It is one of the most well-known programs of the GYV. The GYV was founded in 1994. Its mission and work were inspired by its honorary president, Islamic scholar Fethullah Gülen.