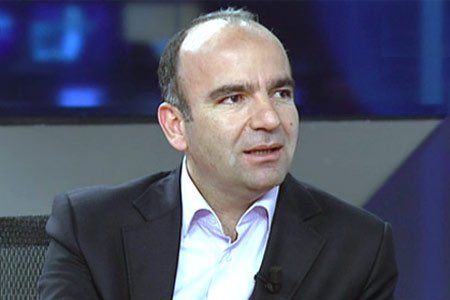 “Once, a wolf drinking water from the river notices a lamb by the water and runs towards him. He is planning to eat up the lamb. But to block any likely help and to shift the blame onto the lamb by psychological pressure and thus eat it up comfortably, the wolf says, “Why did you cloud my water?” “My brother wolf, I didn’t cloud your water” says the lamb but still cannot convince the wolf. “No, no! You deliberately did that to make me drink polluted water” says the wolf.

The lamb, in astonishment, answers, “Even if I did it the water is running downhill. You are up the water. So it shouldn’t bother you.” The wolf gets furious, gnashes his teeth and puts another blame, “But you swore at my ancestors last year.” The lamb, completely taken aback, says, “Come on, I wasn’t even born then!” This story has come to portray the situation those unfairly persecuted throughout the history.

“Lamb” symbolizes sometimes democracy, sometimes a prime minister, sometimes an intellectual, sometimes a religious leader or sometimes a nation itself. Unfortunately, the tradition of lamb slaughtering with various justifications is a quite frequent routine among us. The statesmen, intellectuals, religious leaders involved in the Independence War were silenced on bigotry charges. The political parties were closed down. Military coups were staged on various unreasonable grounds. There were no difference between the fabricated news such as “Military students were murdered in meat grinder” and A.Kalkanci-F.Sahin scenarios in the periods heading for May 27 and February 28 respectively. The lamb was the government then. It was executed on charges of clouding the water. Those having equalized the democracy then, meanwhile, siphoned off the economy as well. The wolves, still hungry for more, accused Fethullah Gulen, who dedicated his life to morality, education and dialogue, of clouding the water and tried him for death penalty.

In this country, we know lamb-wolf story through our firsthand experiences, wish that our county reach modern democratic standards in order for lambs not to be slaughtered unjustly, and advocate European Union acceleration process. Yet, I’ve been surprised for a while. It is because lamb-wolf cases, typical of us, have been experienced in the West where we regard as the address of values such as justice, equality and democracy. A prestigious American daily, which once praised the Turkish schools in Pakistan for being the representative of global tolerance can, all of a sudden, start to publish the exact opposite today. Similarly, based solely on statements by a witness, a large weekly magazine in Germany is comparing the Hizmet Movement to a mafia network.

A group of media institutions in the Netherlands, as if trained by February 28 Turkish media, have been running a campaign against the Hizmet. They have been releasing entirely fabricated news such as that Zaman and Gulen-affiliated institutions stirred the disputes over Yunus, a Turkish child adopted by a gay couple as his foster parents.

Here is how our Dutch national columnist Joost Lagendijk tells the actual story: “The story seemed weak from the beginning as it included too much incorrect information and was trying to link all the actors to the Gulen Movement, including a meeting organized by Directorate of Religious Affairs which has no affiliation with Gulen and a TV series broadcasted on ATV.” Lagendijk, who suggests legitimate questions can be raised about the Hizmet, referred to the allegations of the Dutch media as “unproven speculations”.

Turkey’s discontent over Yunus case is not kept secret, anyway. The Prime Minister Erdogan reacted to the issue during his visit to the Netherlands and his statements received widespread coverage. Besides, what is wrong about questioning the adoption of a child by gay parents in a country where unlimited democracy is disputed? But the problem here is that Zaman Benelux, which covered the issue last, therefore the Hizmet is made a scapegoat for what happened. In fact, the Hizmet-affiliated institutions earlier had been investigated upon a similar controversy in the Netherlands and officially reported to be promoting integration on the contrary. I suppose this is the Hizmet’s faith : To be accused of being too liberal at home due to its dialogue activities, contacts with minorities and anti-violence stance; and too conservative abroad despite being the most supportive movement of integration.

As he is a wolf, he can blame the lamb as he wishes. What is sad is that we are faced, in Europe, with the same story we have been trying to get rid of at home. It is because such labeling, persecutions and psychological operations do not suit the Dutch democracy and hoaxes to the prestigious media.

BÜLENT KENEŞ, ALİ İHSAN AYDIN On the second day of a conference titled “Muslim World in Transition: Contributions of the Gülen Movement,” inaugurated at the British House of Lords on Thursday, academics from around the world focused on Gülen’s ideas and the impact of the Gülen movement on the Islamic world. In the morning session […]