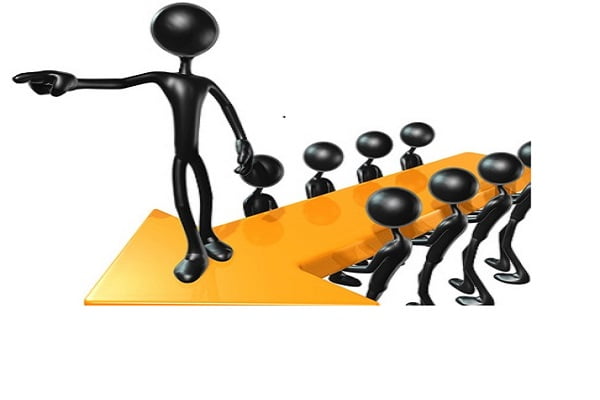 Increasing chatter in the Turkish capital indicating that the government may be launching a criminal lawsuit against what it called a “parallel structure” nested in the state is perhaps the latest sign that Turkey is heading quickly towards authoritarian rule under the stewardship of embattled Prime Minister Recep Tayyip Erdoğan.

Neither Erdoğan nor any people in government have offered a shred of evidence to substantiate these claims so far. Many draw a parallel to the accusation made by Erdoğan to the “interest lobby,” a murky term manufactured by the government as the culprit behind the May-June Gezi Park protests that started out as environmental protests but later morphed into anti-government rallies. A month-long investigation by the banking and financial regulatory agencies came up empty, failing to prove any irregularity either in the stock market or the banking industry to indicate foul play.

Faced with massive corruption scandals that have rattled the government and led to the resignation of four ministers, the Erdoğan government has again come up with all kinds of conspiracy theories to distract public attention away from the damaging case. Pro-government media touted the US, the EU, Israel and the Jewish lobby as the usual suspects abroad along with domestic collaborators that included opposition parties, the Hizmet movement, critical media and big conglomerates.

Since Dec. 17, time and again Erdoğan has invoked the phrase “parallel structure” and hinted that people associated with that structure are engaged in espionage and accused them of working for foreign governments. On the way back from Brussels early this week, he again told a group of reporters aboard the plane that these people “work as agents and spies who disclose state secrets.”

“My impression, after a number of telephone calls with official sources, is a probe and a court case could come soon with accusations like ‘betrayal of’ and ‘spying on’ the country against a number of official position holders and perhaps businessmen,” Murat Yetkin, editor-in-chief of Hürriyet Daily News, has said.

“If there is espionage, there are three questions to ask: Who is the spy or spies? Who are the spy or spies working for? And where is the court case?” he noted, adding, “It is fair to ask which country is to be blamed if there is an espionage ring, and if there will be a court case at all, as Turkey heads for a critical election.”

The negative campaign targeting Hizmet for over a month in pro-government media may be a precursor to lay the foundation in public opinion for frivolous lawsuits the government may launch. With the corruption probe widening, some journalists affiliated with the ruling AK Party — along with the prime minister and government officials — have labeled the Hizmet movement an organization within the state, a “parallel state.”

The fact that pro-government media published the contents of Gülen’s phone calls, which have been illegally wiretapped probably by circles within the government, is seen as another indication that the government kept close surveillance of Mr. Gülen. The calls do not have any incriminating content. Rather, one of these unlawfully wiretapped recordings exposes how the Hizmet movement was targeted in a conspiracy by circles close to the government.

“Rest assured that this scandal is the work of the ‘real parallel state,’ which accused and denigrated innocent people of being a ‘parallel state’ without any evidence or judicial investigation and labeled them a terrorist organization while also arbitrarily purging thousands of public servants,” Bülent Keneş, editor-in chief of Today’s Zaman, wrote.

Gülen’s lawyer warned the public on Wednesday about the existence of possible voice recordings of his client that could have been edited and doctored in order to mislead people about Gülen.

Lawyer Nurullah Albayrak in a written statement referred to lies and defamation about Gülen in the media, which have become widespread, and said Gülen’s phone calls have been illegally wiretapped. “These calls are reported in the media without taking any ethical principles into consideration,” he said, adding that it is very likely there will be edited phone calls as part of a black propaganda campaign against Gülen.

Mehmet Altan, author and intellectual, says the government needs evidence to launch a legal case against Hizmet, stressing that being a member of the Hizmet movement is not a crime by itself. “If they come up with a case based on gang charges with no strong evidence to back that up, the case would be labeled as baseless,” he told Today’s Zaman.

The Journalists and Writers Foundation (GYV), whose honorary chairman is Fethullah Gülen, issued several statements rejecting parallel structure accusations and dared the government to put forward evidence to back up such claims. The recent statement issued by the GYV has called on the government to submit whatever evidence it has on conspiracies, such as those involving a “deep state” and “parallel structures” as well as accusations of “treason,” “espionage” and “collaboration with international powers” against the interests of Turkey.

GYV President Mustafa Yeşil strongly denied such allegations, pointing out that the mentality that tries to criminalize the movement is the same as that of the Feb. 28, 1997 coup period, when the ultra-secular establishment backed by the army crippled conservative social and political movements by sidelining religion in the social sphere.

He said the Hizmet movement was also subjected to extensive unfair treatment and trials based on false allegations of infiltration into state institutions.

Commenting on questions about whether there are parallel structures or gang formations within the state, President Abdullah Gül recently said that there is only one authority in the state and that it acts in line with the Constitution, laws and regulations.

“Individuals working in [public] institutions can freely have their own thoughts and ideologies. They can subscribe to different political trends. These are all legitimate, as long as they [ideology and beliefs] stay outside public and state work,” he explained.

The president’s comments appeared to downplay the government’s claim that the corruption investigation has been launched by gangs within the state that seek to oust the ruling AK Party from power.

Erdoğan is likely to use the National Intelligence Organization (MİT), headed by his close confidante Hakan Fidan, to build up this baseless lawsuit related to espionage and claims of treachery.

Since Law No. 2937 on State Intelligence Services and the National Intelligence Organization gives MİT the right to run investigations related to spy charges rather than the police or the gendarmerie, the government may go after people who, in fact, exposed the government’s dirty laundry. The criminal complaint filed by the Office of the Prime Minister against the liberal Taraf newspaper and investigative reporter Mehmet Baransu for publishing confidential documents that unveiled massive profiling of unsuspecting, innocent citizens in violation of their constitutional right to privacy is an example of that strategy.

Altan says Turkey is turning into an intelligence state where private data on unsuspecting citizens are being collected by MİT. “With new powers given to MİT, we have already become an intelligence state,” he said, adding that the government is trying to create an empire of fear with new profiling to drop the corruption scandal from the national agenda.

Özcan Yeniçeri, a deputy from the opposition Nationalist Movement Party (MHP), confirms that Turkey is on the way to becoming an intelligence state due to the controversial bill concerning Turkey’s judicial council, the Supreme Board of Judges and Prosecutors (HSYK), another bill bringing new restrictions on the Internet and a pending bill on state secrecy.

“They are turning Turkey into a Mukhabarat state, which has been under construction for some time,” he told Today’s Zaman.

Yeniçeri predicted that the government may file a case concerning a parallel state with fabricated evidence and making illegal phone recordings into legal ones, facilitated with the likely control of the judiciary by the executive if the HSYK bill becomes law.

“Nazis in Germany did the same. Stalin in the Soviet Union did the same. When you do that in Turkey, you actually establish a Baathist-type state,” he added.

Main opposition Republican People’s Party (CHP) Deputy Chairman and spokesman Haluk Koç agrees with Yeniçeri. He said that if Erdoğan files a case based on fabricated evidence, he will be reinforcing an image of a Mukhabarat-type intelligence-run Turkey.

“He will be responsible for these charges because he has been running the country for 12 years,” Koç said, stressing that the government is just trying to cover up corruption scandals.

Koç noted that profiling citizens, keeping tabs on members of the opposition parties and demonizing people associated with the opposition represents features of closed-type inward-looking regimes.