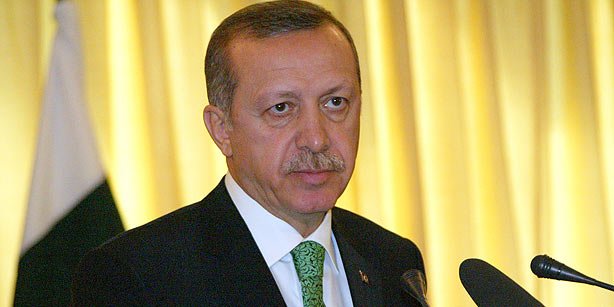 Shaken by a massive corruption scandal sweeping his government, Prime Minister Recep Tayyip Erdoğan has publicly lashed out at many diverse groups which he accused of conspiring with foreign elements abroad to take down his ruling Justice and Development (AK Party) government.

Speaking at an AK Party’s expanded provincial chairmen meeting after three of his minister resigned, Erdoğan called the corruption operation an “international plot” supported by some collaborators within the country that aims to sow discord in Turkey.

Invoking the phrase “interest lobby” again, which he used during May-June Gezi Park protests to blame international conspiracy groups as being behind the protests, Erdoğan urged his party members to fight against them all, calling the new era just as important as the “war of independence.” He said this conspiracy is not just against the ruling party, but against the nation of 76 million people.

He asked the nation to offer prayers for his party, adding to that “this is not a corruption investigation, it is an open conspiracy.”

Erdoğan also claimed that a role was given to the main opposition party Republican Peoples’ Party (CHP) in this plot.

He underlined that there are gangs, organizations and media groups that are spying on and betraying the homeland. He singled out business groups like the Turkish Industrialists and Businessmen’s Association (TÜSİAD) for acting with international conspirators. The visibly agitated Erdoğan vowed to fight all these groups to foil what he called “dirty plans” to topple his government.

In a clear sign of political interference in the judiciary, he said, “If you have evidence of any wrongdoing, just give it to us we will take care of it,” while criticizing prosecutors for not informing the government about the ongoing inquiry.

“This conspiracy targets Halkbank. In nine days, this has cost the bank $1.6 billion due to losses in share value,” he explained, adding that the corruption investigation has cost the economy $20 billion overall.

He slammed both the global and the national media which he accused of conducting black propaganda against Turkey. “This is treachery,” he noted. Erdoğan in particular bashed the Turkish media for publishing leaked evidence in the massive corruption case involving four of his ministers, who have all resigned with the exception of one.

He claimed foreign elements intend to harm Turkey because his government has repaid all of its debt to the International Monetary Fund (IMF), credit rating agencies have increased the economy’s rating, foreign exports have broken new records, foreign currency reserves have expanded, mega projects, including the third Bosporus bridge, the third airport and the Marmaray tunnel, were launched in İstanbul, the İstanbul stock exchange has developed, an agreement to build Turkey’s nuclear power plant project was signed with Japan and because borrowing costs have dropped.