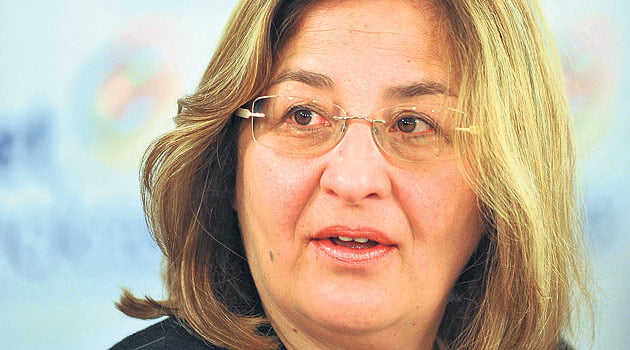 Yalçın Akdoğan, who is also a deputy from the ruling Justice and Development Party (AK Party), from which two ministers resigned while another was fired over corruption and bribery allegations, stated last week that “the community” had framed hundreds of military officers who were convicted last year of plotting to unseat his party from power.

In other words, Akdoğan blames the Hizmet movement, which is based on the teachings of respected Turkish Islamic scholar Fethullah Gülen, for being behind a plot that paved the way for the military officers to be convicted. With his remarks, Akdoğan is contradicting his party’s support of the trials of hundreds of officers convicted of charges of making coup plans in violation of the Constitution. But he is also attempting to defame the prosecutors and judges who convicted the active duty and retired military officers after several-year-long trials based on thousands of pages of evidence.

Akdoğan’s rather provocative claim came amid growing tension between the AK Party government and the Hizmet movement, once close allies, when the government persistently pointed to the latter as being behind the corruption scandal.

In addition to pointing the finger at “international conspirators,” Erdoğan declared that those orchestrating the graft probe through the police and prosecutors were trying to form a “state within the state,” and that they are the “subcontractors of external conspirators.”

“There is a smear campaign and there is an organization, a gang that has established itself with judicial officials who are smearing innocent people. They are within the police, too,” he said during a rally on Saturday.

Since the corruption probe became public on Dec. 17, hundreds of police officers were subject to a purge and removed from their posts.

Akdoğan’s claims that Hizmet formulated a plot against the Turkish military have now encouraged those convicts to seek their release when their lawyers are currently pressing for a retrial. Yet, it is not only the convicts but the Turkish Armed Forces (TSK) as an institution that is speculated to be seeking a retrial.

On Dec. 26, the General Staff released a statement saying that it would not be dragged into politics in the midst of the corruption scandal.

The military staged three coups between 1960 and 1997, overthrowing the governments at the time, and issued two memorandums, one of which resulted in the downfall of the then-government. In addition, hundreds of retired and active duty officers were convicted last year of making coup plans to unseat the AK Party.

Apart from clarifying that it would not be dragged into politics due to the graft probe, the General Staff’s six-point statement was confusing in terms of the other messages that it attempted to give.

A story run by both the Milliyet and Cumhuriyet dailies the next day, however, shed some light on another message that the military sought to give. According to these dailies, the TSK has been seeking the retrial of the military officers convicted of trying to unseat the AK Party following Erdoğan’s senior advisor’s claim that the convicted officers had been framed by groups within the judiciary close to the Hizmet movement. The convicts claim they are innocent and that some evidence had been fabricated.

Mustafa Elitaş, a senior AK Party official and deputy, meanwhile, signaled the possibility of a retrial for the convicts in an interview with the Hürriyet daily on Sunday. He released a statement later that day, however, saying his party has no plans to make legal amendments for a retrial of the convicts, pointing out an existing legal amendment under which convicts can apply to the Constitutional Court seeking a reversal of their prison sentences.

Turkey is now in a bizarre situation where the ruling AK Party and the military, whose political powers were curbed through several reforms under this party’s governance for more than a decade, are now giving the impression that they are forging an alliance against the Hizmet movement. This alleged alliance, if true, has the potential to invalidate all the coup plot trials that resulted in convictions and to cover up the alleged corruption and bribery operation against government circles by placing all the blame on the Hizmet movement.

The critical question at this stage is whether the government is really engaged in a secret deal with the TSK so that it can get rid of the investigations in return for perhaps the release of all the convicted military officers by making legal amendments paving the way for a retrial.

Such a deal will ultimately accelerate the demise of AK Party rule as it will lose all its remaining credibility that it has gained through its earlier democratic reforms.

Kimse Yok Mu Foundation (KYM) President Ismail Cingoz spoke on Turkey’s helping hand extending to the world: “We involve approximately 10 thousand volunteers in our efforts. We have 97 thousand families that we have been consistently providing aid for. We are active in 103 countries regardless of their ethnicity, language, faith or color.” We talked […]