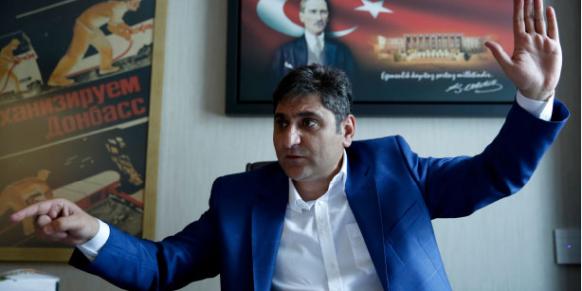 When asked about the issue of Erdoğan’s survival, [CHP Istanbul deputy] Erdoğdu said: “The upcoming presidential election [which is scheduled for Aug. 10] is not the main part of this struggle. He might be elected president and elude the graft investigation. What about his son Bilal and other family members? How can they escape an investigation? The main battle is between Erdoğan and the Hizmet movement. That is why Erdoğan talks about eliminating the movement. He considers the matter a fight for survival.”

When the graft allegations first surfaced on Dec. 17 of last year, the government and its media did everything to undermine the reputation of the Hizmet movement. Even AK Party deputies who resigned because of increasingly anti-democratic practices became targets. The government’s ambition to finish off the Hizmet movement is still continuing, and Erdoğan has pledged to eliminate the movement.

Excerpted from the interview published on Today’s Zaman, 26 July 2014, Saturday