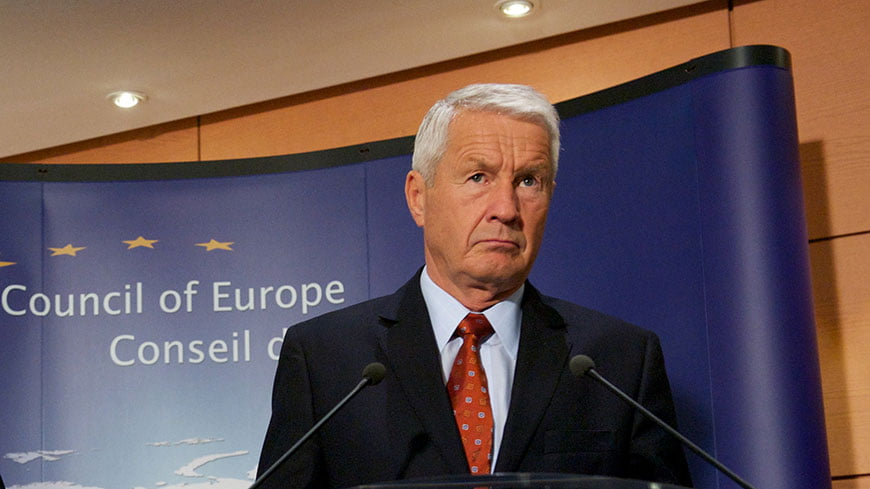 Thorbjorn Jagland, Secretary General of the Council of Europe.

By EurActiv.com with agencies

Turkey must produce clear evidence in pursuing participants in a failed coup and avoid targeting teachers and journalists simply because they worked for firms run by the Muslim cleric Ankara portrays as its mastermind, the head of the European rights watchdog said Thursday (8 September).

Turkey said the judicial process would be fully transparent.

President Tayyip Erdoğan has cracked down on schools, media and businesses run by U.S.-based cleric Fethullah Gülen since the July coup. Several thousand soldiers have been expelled from the army and more than 100,000 people including civil servants, teachers, journalists and soldiers suspended or sacked.

“They are not necessarily guilty. For teachers and journalists that worked in schools or media outlets of Gülen – you cannot say automatically that because they’ve done that, they are part of this military coup.”

Gülen has denied being behind the coup.

Turkey has accused the European Union of double standards in criticising the crackdown while, in its view, showing hesitation in condemning the coup that killed about 240 people. Western officials have said they fear Erdogan may use the action as a cover for suppressing any opposition

Jagland was speaking after Turkey’s Foreign Minister Mevlut Cavusoglu briefed representatives of Council of Europe states in the French city of Strasbourg on the situation in his country after the coup.

Speaking to reporters before the CoE session, Cavusolgu outlined plans in dealing with the aftermath of the coup.

“Be assured that this process will be very transparent and the supervision of the European Court of Human Rights is still valid and the Convention on Human Rights is also a guideline for Turkey even during this difficult time.”

Jagland is also trying to persuade Turkey to apply more narrowly its counter-terrorism laws. The European Court of Human Rights in Strasbourg has in the past ruled against convictions of journalists on the basis of these regulations.

While Turkey is a member of the CoE, it is not in the EU. The 28-nation bloc made easing visa requirements for Turks traveling to the EU conditional on changing the terrorism laws.

Turkey says it needs a broad interpretation of such regulations to meet a threat from Kurdish rebels and from Islamic State militants.

“Journalists who have reported on the work of terrorist organisations, which is the job of journalists – you can’t say one supports terrorists by reporting on them,” Jagland said.

Three journalists working for the nationalist Yenicag newspaper were detained at their homes and were being held at a sports hall in Ankara, the daily said on its website, describing the men as critics of the Gülen movement.

“Nationalists will not forget those who are doing this merely to sideline political opponents,” Meral Aksener, a senior MHP figure, said in a statement on Twitter. Aksener this year mounted a challenge to the MHP’s veteran leader but has faced legal stumbling blocks and could face expulsion from the party.

The chief prosecutor’s office in Ankara launched an investigation into 105 suspected leaders of cells in 17 provinces said to be responsible for military personnel in what authorities have dubbed the “Gulenist Terrorist Organisation,” the state-run Anadolu Agency said.

Authorities have already detained tens of thousands of people over alleged links with Gulen, whose religious movement publicly espouses interfaith dialogue and education, and have made rooting out Gülen’s followers their top priority.

The crackdown has alarmed Western allies and rights groups who fear a witch hunt. The body of a teacher who was dismissed last week over suspected Gülen links was discovered after an apparent suicide, the Dogan news agency said on Wednesday.