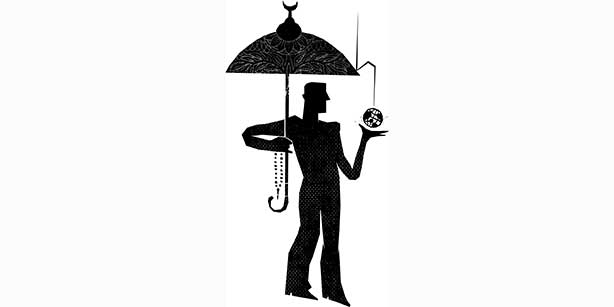 As distant as Turkey and South Africa may look on a map, this little phrase reflects a lot about the current conflict in Turkey. The white-black power dichotomy is not unique to Africa. “White Turks” was the term used to describe the ruling elite of the ultra-secularist regime that ruled Turkey for decades after the republic’s founding. Those who had been forced to remain on the periphery were “black Turks,” constituting a long list of the forlorn, among whom practicing Muslims and devout communities ranked near the top.

What appears to be happening in Turkey these days is not an either/or domination of whites or blacks, but rather a hybrid form of sovereignty, borrowing from Gökhan Bacık, of a grayish hue. Bacık describes the governments of some Middle Eastern Arab countries as practicing a form of “Hybrid Sovereignty,” which is also the title of his book. In these countries, the state instrument is no different than a failed marriage of two unlikely partners: a hybrid between artificial colonial state constructs and tribal local conditions.

These hybrid characteristics are not completely foreign to the Turkish experience. Since the Tanzimat Reforms in 1839, the compass pin of Turkey has always wavered, in a bipolar soul search, between East and West, secularism and religion, authoritarianism and freedom. This challenge is perhaps the reason Turkey has always been perceived as in a state of limbo — not completely of the East or of the West; not fully democratic (in the EU sense) or formally authoritarian, like many governments in the Middle East. Recent developments in the country sadly prove this argument, as Turkey is compromising its pro-democracy inclinations and subjugating them in favor of an increasingly authoritarian regime. The black Turks, who were on the periphery before, occupy the center now, but are clad in the uniform of the white Turks. The outcome is what I call a “gray domination”: a hybrid form of sovereignty in which the formerly oppressed now wear the clothes of the oppressors — and the clothes are still terribly tailored.

The Hizmet movement, the largest civil society group in Turkey, inspired by Fethullah Gülen, is active in around 150 countries. Hizmet is marked by outstanding schools, dialogue initiatives and relief organizations. Its greatest achievement, however, is the ability to remain independent at all times, which I believe is the main reason why the ruling Justice and Development Party (AKP) is on the offensive against them. This is much in the same manner — perhaps even more oppressively and daringly — as the past secularist governments in the Turkish ancien régime were. Hizmet’s independence as an autonomous civil society group is unbearable for those who expect unconditional allegiance to their rule. This is the main reason why Hizmet has always been accused of not being transparent enough: Hizmet has never aligned itself with any political party, submitted to a certain political ideology or grouping, or imprisoned its identification with such an allegiance. It has always avoided such juxtapositions. Its independence from any political or economic bonds might be a cause for ruling circles to believe in a delusional power struggle with this phantom-like opponent. Hizmet does not — and more correctly, by its very nature, cannot — take on an all-comprehensive physical form or name, other than the very abstract nominalization of “Hizmet,” which, for the lack of a better word, is used to refer to the diverse civic service initiatives its followers are involved in. It is thanks to this very porous, fluid and ether-like electromagnetic nature of Hizmet that it can manifest itself in 150 different nations, cultures and regimes, and welcome devotees and sympathizers from all walks of life. For the power-obsessed authorities, whether they are white, black or gray, this intangible nature is perceived as a threat to their passion for unimpeded rule. As a matter of fact, Hizmet remaining as a truly autonomous civil society group is, for many reasons, very natural, necessary and beneficial in terms of political, economic and personal reasons:

As clearly explained in several public statements by the Journalists and Writers Foundation (GYV), whose honorary president is Gülen, Hizmet has never committed itself to any specific political party. Supporting a certain party means taking sides in a political rivalry, and by this very definition, one must stand in opposition to the rest of the nation who support other parties. As explained above, Hizmet aims to embrace everyone and deliver services to all nations, regardless of their nationality or faith. Secondly, Hizmet considers politics to be a very slippery ground, and involvement is like walking on the edge of a cliff — it is not easy to remain on the Hizmet’s path of idealism, which is found in the insan-i kamil (person who has reached perfection), and at the same time, pursue a political career that is almost inevitably filled with temptations like fame and power. Staying outside the fray, Hizmet has tried to stay clear of possible failures, and thus keep the honor of a social movement inspired by faith untainted. To be clear, Hizmet makes sure religious values aren’t forsaken for political interests.

As for economic reasons, organizations related with Hizmet are usually founded from start-up investments by philanthropists and then they are expected to operate with their own economic means. Thus, they open themselves to the public and compete in their own fields by providing quality services. Once each organization is able to operate economically independent from other sources, it serves locally, on the spot, which is a much better form of service than what can be delivered from a distant center, as local operations can better feel the pulse of local conditions. At the same time, they can be sensitive about not causing any harm to the established norms of local society. Economic independence saves Hizmet from being subjugated to the rule of the lender.

Lastly, and perhaps most important, are the personal reasons for Hizmet’s independence. Those who follow Gülen would definitely know he has always rejected categorizing people with suffixes based on their so-called social affiliations. For him, such categorizations or profiling are no different than defamation. To avoid such profiling of the volunteers of Hizmet, he has never accepted the “Gülen movement” tag for Hizmet, and has tried to keep his name out of such affiliations. Hizmet is nothing like a club membership: It is not necessary to take on any title, etiquette of membership or code of rituals. All of these factors are useful, allowing for volunteers to pursue their own careers in state bureaucracies or private businesses, while also continuing their voluntary Hizmet activities.

Turkey has recently been shocked by the news that the government has reportedly profiled citizens based on their affiliations with certain social and religious groups. They’ve profiled people based on religious beliefs, the charities they donate to and the value system by which they live. It is reported that citizens have been removed from their posts as a result of this profiling. If these claims are true, then profiling claims are evidence that Hizmet volunteers and sympathetic individuals, who are from all walks of life with differing worldviews and different levels of commitment, have been trying to survive in their positions in the face of accusations of “establishing a parallel state” or “not being transparent enough.” Such accusations — when no crime or unlawful act has been committed — are a time-worn propaganda cliché and violate the basic human rights expected in a free and democratic society.
Institutionalizing Hizmet?

There are some who suggest that Hizmet should institutionalize, with a name and central address. These people give the examples of some groups in other Muslim countries. Such suggestions have no ground as far as Hizmet is concerned, and those who make these suggestions reveal their ignorance about the nature of Hizmet and about the concept of civil society, both in its modern sense and in the sense of ulama (scholars) tradition, which in the past stood for the autonomous nongovernmental institution of Islamic civilization. The extremely political and confrontational nature of other groups in some Muslim countries has not benefitted their society or their group’s interests. They have often spread violence and widened the rifts within their nations.

Hizmet, on the other hand, works very seriously to give rise to a culture of understanding and coexistence in an increasingly globalized world and tries to build bridges among different cultures. No signpost can carry the weight of the spiritual representative personality of Hizmet.

This is where the test for Turkey’s other religious communities starts. In an apparently chaotic environment in which they are forced to choose one side, they face the challenge of maintaining an autonomous civil nature as represented, with dignity, by their forerunners within the ulama tradition, or assuming a bureaucratic, oligarchic role under the tutelage of the state. For fair governance — at least in the socio-political culture inherited from ancient times — religious scholars and communities should never compromise their autonomous natures and must stand against what is not right.

Turkey still has a long road to travel before becoming an ideal democracy. It is important that people enjoy the freedoms of voluntary associations, that they feel free to establish them, be a member of any of them and have legal protections to declare their affiliations to any social groups — as long as those groups are lawful. Without these obstacles removed, both from the minds and from the law, governments will continue to operate with a gray tone of hybrid rule, and feel free to profile their own citizens.

In closing, I’d like to return, once more, to the words of Mandela: “I’ve cherished the ideal of a democratic and free society in which all persons live together and in harmony and equal opportunities. It is an ideal which I hope to live for and achieve, but if it needs be, it is an ideal for which I am prepared to die.”

We could all learn a lot from him during these troubled, uncertain times.

*Hakan Yeşilova is the editor-in-chief of The Fountain magazine.