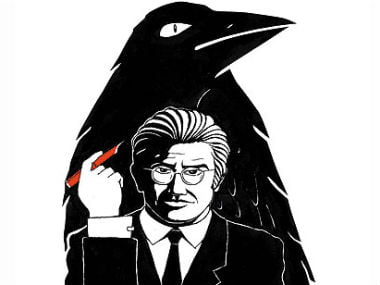 The author says his book offers documents and detailed data on smear campaigns against religious people, including publications such as “Haliç’te Yaşayan Simonlar” (Simons in the Golden Horn) by Hanefi Avcı, “İmamın Ordusu” (The Imam’s Army) by Ahmet Şık, news portal Odatv and other websites used as tools in such smear campaigns.

The name of Ferhat Barış first came to public attention in 1999 in the wake of the release of a videotape that was doctored in a way to make the public believe that religious scholar Fethullah Gülen was trying to get Turkey under his control and was shown on various TV stations.

Journalist Barış fought against a smear campaign targeting the religious people of Turkey through his columns published in the Zaman daily. The tape incident is only one example of attempting to manipulate public opinion carried out in recent decades in Turkey.

Barış turned his intellectual efforts in the fight against the smear campaign into a book, “Maskeli Balon” (Masquerade Balloon). The book soon became a bestseller and a milestone in journalism, exposing the workings of the backstage of the media in Turkey. Since 1999, many things have changed in Turkish media; however, some “illnesses” have remained the same. Barış, on the other hand, is still striving to present the “real” face of the media with his work. The author is this time in the limelight with his latest book, “Vaizi Vurun” (Shoot the Preacher) in which the author scrutinizes the Turkish media and exposes its troubles yet again.

Barış says that nothing much has changed since June 1999, although it seems that something has. According to him, the old “illnesses” of the media will reoccur. “Those who read “Maskeli Balon” will remember that the book ended with a piece titled “Yine Gelecekler” (They Will Come Back). In the article I stressed the ruthlessness of the perpetrators of the tape scandal and said that although it might look like that they have disappeared, they have actually only disguised themselves as something else,” he tells Sunday’s Zaman.

Barış does not believe that the enmity and conspiracies against religious people have ended in the Turkish media. “The national media have reflexes that are as old as the republic [of Turkey]. Alienation to religion and the values of this country has become part of this reflex. They always bear hostility towards those who are not like them. It is not a new quality of the media,” he adds.

Turkish society has been going through a process of a positive change and transformation, according to Barış; however, the media cannot keep up with the changes. “They return to their old habits the first chance [they get]. Unfortunately, it is what it is.”

He says his words should not mean that he has lost hope for the media. He believes that once a new generation manages the media, things will start to change. “The allergic reaction [to the pious] that the current generation has in the media will not go away. They might become calm, and they might stop. But I don’t think they can ever change. Maybe the new generation can get rid of the shameful habits of the past. In this sense, I have to say that I am hopeful about the new generation.”

Gülen paranoia of the media

According to Barış, the paranoia against Gülen and his movement is not new in the media, and he argues that it is indeed not paranoia against the Gülen movement but rather a form of Islamophobia. “Yesterday they were attacking values related to faith and religion, calling them ‘reactionaryism.’ Now they do it by calling them the ‘Gülen movement.’ They only changed the name and words of the target; the type of attack and even the tactics are the same. And of course the attackers as well. Sometimes even people who are not religious at all are pulled into this. This country even saw ‘smart’ people who call professors at Oxford University ‘Gülen followers’.”

Barış talks about an “organized grudge and hatred” towards religious people, saying the grudge and hatred have not disappeared or lessened at all. “Actually, when we look at the mindset of the attackers, we see that they are all super humanist or, I don’t know, animal lovers, or just and fair people. However when religious people come into the picture, they all turn into bulls that see red. You know, they call them [the religious people] jar-headed or depict them as people who scratch their bellies or ‘invade’ beaches, and so on.”

The author thinks that instead of producing methods to solve the hatred towards religious people, putting the real face of the network of grudge and hatred under spotlight would work better. “Of course I respect those who prefer to sit down and talk with these people and explain themselves, but I believe this issue is not that easy to handle.”

Barış calls the efforts at dialogue between the two sides as comic, ironic, tragic and scary. “We are addressing a very interesting group of people. Firstly, the people who attack a faith and people of faith in an organized way have a serious problem of intelligence. They don’t even feel the need to change a formula that they have been using for years and that is only successful from time to time. They think they can get whatever they want just by creating a simple fuss,” he says, also referring to his colleagues who became part of the smear campaign against the pious.

Barış was inspired by French movie director Francois Truffaut’s “Shoot the Piano Player” when he named his book. He says “Shoot the Preacher” is a reading of the Turkish media that attributes to it the mindset and spirit of people “who keep attacking humanity,” as he calls it. He says the book is not about assassination plots, as the title might suggest.

He does not point to a specific preacher in the book. “In fact everybody who lives in this country knows that the first name that pops into our heads is Gülen. But believe me, his [the preacher’s] name is not important. Yesterday it was Atıf Hoca and Süleyman Efendi and Esat Hocaefendi. Tomorrow there is going to be someone else. The name of the individuals targeted can change. But it’s the same group that is being attacked. Of course the attackers [are the same, too].”

Barış says his book explains the real face of the media in humorous language. “Shoot the Preacher” traces the issue to the past and as far back as the years when the Republic of Turkey was founded. “It is a short journey to find the roots of the hatred. Then, a general outlook on Islamophobia in the world and the perpetrators of this [Islamophobia] in modern day Turkey. There are many things from Feb. 28 [a postmodern coup] to the republican rallies [which were massive protests against the government], and from the April 27 memorandum to the kind of games played before and after the Sept. 12 referendum [on constitutional amendments],” Barış explains.

The author says his book offers documents and detailed data on smear campaigns against religious people, including publications such as “Haliç’te Yaşayan Simonlar” (Simons in the Golden Horn) by Hanefi Avcı, “İmamın Ordusu” (The Imam’s Army) by Ahmet Şık, news portal Odatv and other websites used as tools in such smear campaigns. “Books written on order, attempts to redesign the media, individuals who put other figures on the stage and hide themselves backstage and those who look pious but actually support the other circle [of attackers] are all in this book,” he explains.

Ali Özer, a 48-year-old doctor who was jailed due to his alleged links to the faith-based Gülen movement, has died of a heart attack in Çorum Prison. This is 57th such suspicious death or suicide since last summer’s so-called coup attempt against Erdogan regime.