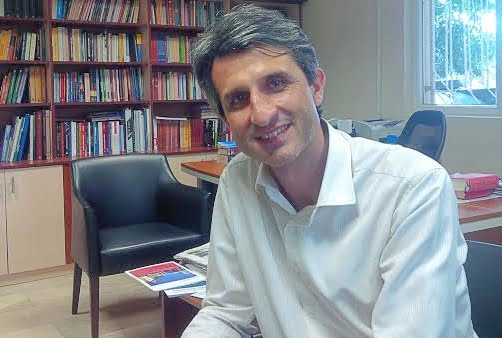 The management of the Nigerian-Turkish International Colleges (NTIC) says the Turkish government wants to shut down its investments in Nigeria because of its philosophical affiliation with Fethullah Gulen.

Gulen is an Islamic cleric and a strong opposition figure who has been accused of masterminding the July 15 coup in Turkey.

Hakan Cakil, Turkish ambassador to Nigeria, had asked the Nigerian government to shut down the 17 Turkish schools in the country, alleging that proceeds from them were being used to finance criminal activities.

Speaking with TheCable in an interview on Friday, Cemal Yigit, spokesman of NTIC, said Gulen does not own the Turkish schools in Nigeria, and that the schools are the property of private investors – some of them Nigerians.

He said that the Turkish government was on a purge of the opposition in Turkey, and that it was trying to decimate any organisation that shared the philosophy of Gulen by tagging them terrorists.

Below are excerpts from the interview.

TheCable: Why is the Turkish government seeking to have your schools in Nigeria shut down?

Yigit: It is not only right now the Turkish administration is trying to reach the Turkish schools abroad and close them down. It has been an ongoing battle for them since 2013, especially after the corruption allegations brought against the government. These allegations made the government look for scapegoats, and they decided to blame civil society organisations in Turkey – called Hizmet movement – which is operating with the philosophy of Fethullah Gulen, an Islamic cleric who has been in the United States since 1999.

TheCable: What is Hizmet Movement, and is Gulen a terrorist?

Yigit: Hizmet movement’s philosophy is with focus on education; dialogue, where we bring Christians and Muslims to together to emphasis on inter-faith activities; and the third one is charity: we try to be useful to those who less-privileged in society. Since 2013, the Turkish government has been trying to close down schools that are philosophically affiliated with the Hizmet movement, which is grounded in the philosophy of Fethullah Gulen. Hizmet means service; that is serving the created in order to please the creator. Gulen is not a terrorist. The accusations have been there. That is why they cracked down on thousands of schools in Turkey in the last three years. It seems like they used this coup attempt to close down the schools. It is putting the opposition in the same bag to crush them. Hizmet movement participants have always been law-abiding citizens. After the coup, the president started issuing decrees purging the public sector, mostly teachers -thousands of them.

TheCable: Who owns the Turkish schools in Nigeria?

Yigit: We are have been operating in Nigeria for 18 years, and we are accountable to the Nigerian authorities. Gulen is the inspirer; he does not own the school. It is owned by private investors. It is a private investment. We are non-political. The Turkish government had tried to convince European states and the United States to close down Hizmet affiliated schools in those countries by accusing them of terrorism. Our doors are open to any kind of investigation. It is a local organisation we have. Gulen does not know the number of schools we have. And I do not report to him.

TheCable: Are you in any way linked to the July 15 coup in Turkey?

Yigit: We are not in any way linked to the coup. We denounced it. We denounce military intervention. The aftermath of coup tells me it is a stage-managed coup. It is fabricated. At end of the day, the only person benefiting from it is President Erdogan. We are legitimate in our businesses. We contributed in a referendum to make the military stay in the barracks. Hizmet movement participants have been victims of military coups. Gulen is always emphasising on democracy and human rights. He believes these are not open to discussion.