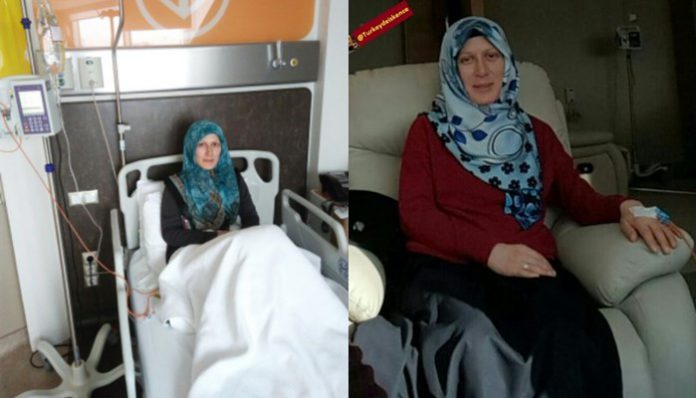 Mevhibe Altıntaş, a teacher who is suffering from leukemia, is receiving treatment at Memorial Hospital in Ankara. However, as of the time of writing, police say the woman is supposed to be taken to the province of Aksaray as part of an investigation. No reason for her expected detention was cited.

Sharing this ordeal on his Twitter account, Republican People’s Party (CHP) deputy Mahmut Tanal said that according to the law, suspects can be questioned at home without being taken to a police station. He urged officials to adopt a more human approach to this kind of situation.