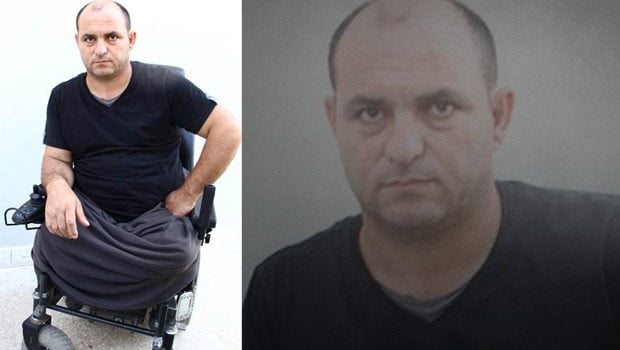 The movement stands accused of orchestrating the July 15 coup attempt despite its successive denials. The government meanwhile carries out an ever-growing witch-hunt against any individual allegedly suspected of being linked to the movement.

Harun İpek, a 41-year-old father of four, lost his two legs after he stepped on a mine planted by the outlawed PKK in 2001. He served as a public worker at Kırıkkale branch of the Directorate of Nature Conservation and National Parks until he was fired.

“My children used to be proud of being children of a veteran. Now they are seen as infidels. …I have not been told about the underlying reason [for my removal]. Due to the reasons beyond my control, I sent my children to such schools for seven years in freely-granted veteran-quota,” İpek said.

More than 100,000 people have been either sacked or suspended from state institutions over their alleged links to the movement so far.

Mahir Zeynalov has the distinction of being one of the first journalists kicked out of Turkey by the government of President Tayyip Erdogan in a crackdown on the media.

Dilek Sağlam, a teacher and mother of a 10-month-old baby, has been under arrest since June 12 because her husband could not be found by the police. Sağlam has a 5-year-old daughter who is unable to continue her treatment due to her mother’s arrest. Sağlam’s father was told that his daughter would be released only if his son-in-law surrenders to the police.