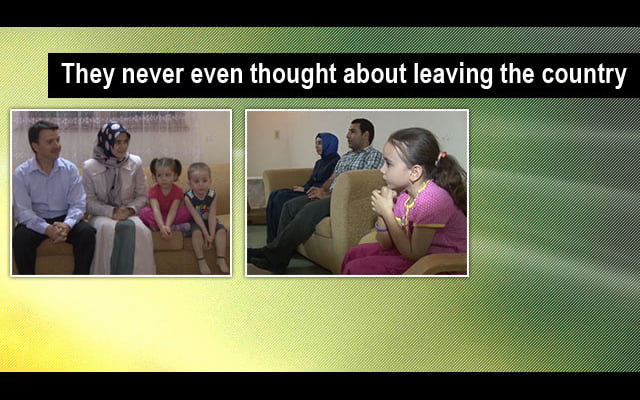 Turkish teachers living only 100 miles away from the hot zone told Cihan News Agency that they never even thought about leaving the area. The Oter and Mutlu families are the only two Turkish families living in Segou, a town very close to the hot zone in Mali. Both families work at the Turkish school there and get together frequently to ease the longing they feel for Turkey.

Nevzat Oter, the principle of Segou Turkish School explained that his school is the closest Turkish school to the hot zone, “We are closest to everything that is happening in the North. The conflicts occurred about 100 miles away from us and during that whole time we never even thought about closing the school. We are not fair-weather friends; we could not just leave these people during their hardest time. We could not even think of such a thing. All of our educational services are continuing.” he said.

One of the teachers at Segou Turkish School, Mehmet Mutlu stated that they did not leave town even when the battle was occurring. “We live in the town of Segou in Mali. The best thing I can say is that we are doing our duties and we are at peace.” he said.

Principle Nevzat Oter’s wife, Fatma Oter said that she was afraid when the fights first started. “We could go to and come back from the school any time we want,” she added.

Mehmet Mutlu’s wife, Hulya Mutlu said that the conflicts in the North are being exaggerated. “We go about our daily routines every day without any trouble. We can go to the market and get everything we need. This did not become an issue for us. We are happy.” she said.

The terror attack in Somalia’s city of Mogadishu on a school bus, which resulted in the loss of five beautiful friends and the injuries of others, among whom were school-aged children, has once again wrenched our hearts already wounded by recent tragedies.