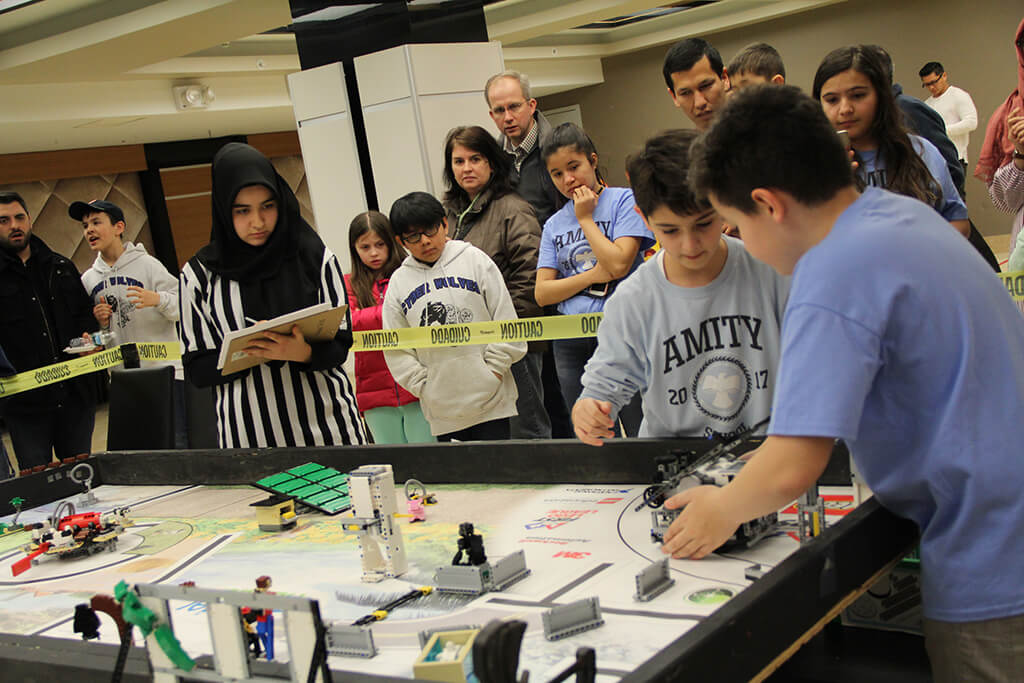 On Saturday, February 4th Brooklyn Amity School became a site where students dealt with all kinds of animals, including alligators, frogs, reindeer, sharks, cows, pandas, bees, and seals. As a host of the First Lego League (FLL) qualifier competition, 11 different schools came to our school. This year, the FLL’s concept was “Animal Allies,” which meant contestants were able to overcome obstacles that involved animals. This allowed students to think and act like scientists and engineers. During the event, each team had two and a half minutes to complete the different challenges. With the autonomous robots they built, programmed, and tested, students competed intensely. After several rounds, the day ended with an award ceremony where winners were announced and awarded; our middle school team, for example, won third place and received trophies. The teams who won 1st, 2nd, and 3rd place will continue on to the next level and use technology and teamwork to solve problems based on real-world situations. 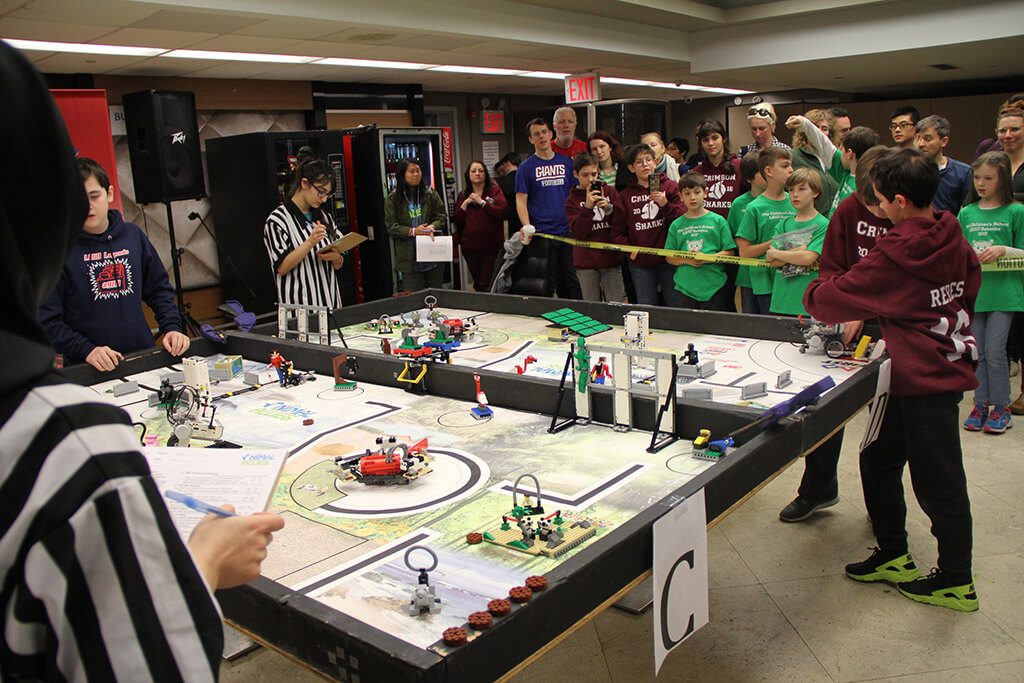