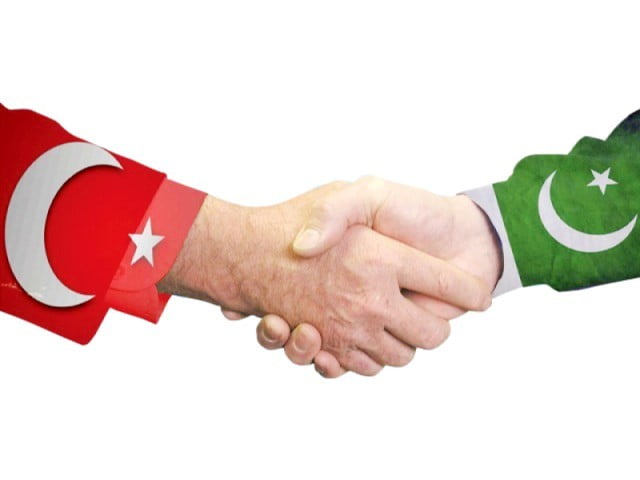 Uncertainty surrounds the future of Pak-Turk schools in the country. In the wake of the foiled military coup in Turkey, the country’s ambassador to Pakistan has urged for the shutdown of all Pak-Turk schools and colleges which belong to the alleged US-based ‘mastermind of the coup’, Fethullah Gülen. With the future of 10,000 students enrolled in the 28 schools and colleges spread across the country hanging in the balance, the government has to make a tough decision and so far they are employing diplomacy to steer a safe, prosperous course forward.

Information Minister Pervaiz Rashid has already said they will listen to the Turkish government and their concerns and no sudden move will be made. While word has been received from Islamabad that there have been talks of a complete staff overhaul along with a new management setup to keep the schools running, the ones in Sindh are already witnessing staff reshuffle.

Start at the top

Since the Turkish government is certain the schools are being run by supporters of Gülen, all staff members are being viewed with suspicion. At one of the three schools in Karachi, Gulistan-e-Jauhar campus, Zafer Elen has replaced Yasin Ulucinar as principal of the school.

Seated in the principal’s office the two Turkish nationals exchanged worried looks while sorting through some paperwork. “In order to help our brother country in education, this project was started 20 years back,” said Elen. “We don’t have any hidden agenda, and whatever happened in Turkey is also not our fault,” he added.

The Pak-Turk network has also officially denied links with any political or religious movement on their website, and Elen believes there is a zero per cent chance of the schools being shut down in Pakistan. “We believe in our Pakistani brothers. They know what we are doing here,” he said confidently and added that their school is monitored by the ministry of education and intelligence agencies three times a year.

On a question of schools being funded by the Gülen, Elen responded Gülen is an ‘imam’ (preacher) and he teaches good things. Gülen’s teachings focus on three things: Education, poverty and unity. Meanwhile, Ulucinar said that they have no connection with Gülen, but they do support his ideology. Furthermore, Elen clarified the schools are fully funded by student fees.

While Elen is confident the schools will remain operational, parents are less convinced. According to school administrator Asma Khalid, she has been attending calls non-stop assuring parents that the school will reopen as per schedule on August 15. If the government thinks they can shut down schools, it is just not possible, she said. “Students have paid fees and no one can return that much amount,” she explained.

The school’s commerce teacher Muhammad Kamran has said that in case the government “dares” to shut down the schools, the teachers will take to the streets in protest.

At the Pak-Turk school in Jamshoro district, the staff has yet to receive word of an overhaul. Most parents are confident that schools will remain open. “We have been hearing this [demand] since years. This time I didn’t pay much attention,” said a parent, Anil Kumar Bhatia.

Inaugurated in 2012, the Jamshoro campus, with an enrollment of over 400 students, is located on the premises of Liaquat University of Medical and Health Sciences. In their Facebook message to parents and students on July 26, they stated, “We are committed to our noble task and will continue to impart quality education … In future also.”

Sohail Chana, who is a subject teacher at the school said Balochistan and Khyber-Pakhtunkhwa governments have clarified they will be not be cancelling licences of the Pak-Turk schools in the provinces. “This emboldens our belief that nothing is going to happen and that Sindh government will do the same,” she said. An officer in the school’s administration hinged his hope on the country’s elite class. “More than 10,000 students are enrolled in our schools across the country. Given the fee structure, a majority of the students are children of the elite. We hope they will defend the school system because the quality of education their children receive is connected with it,” he shared.

At the Pak-Turk school in Khairpur district, staff is less willing to share their concerns. The school’s principal sat behind closed doors conducting interviews all morning. According to a parent, Muhammad Afzal, who took his children out of school due to the heavy fees, when the building of Colonel Shah Hostel was handed over to the administration of Pak-Turk schools in 2002 by then District Nazim Nafisa Shah, the aim was to provide poor children with quality education. Initially, the admission fee was Rs3,000 and monthly tuition fee was Rs400 but, over time, the admission fee was increased to Rs50,000 and monthly tuition fee ranged between Rs4,000 and Rs10,000.

A solution on the cards

An official in the Capital Administration and Development Division, which oversees private schools in Islamabad, stated they had been told to submit details about each school, the staff and related information. “Informally, we have also been told to discuss the issue internally and submit a way out including an overhaul of the whole setup in the current scenario,” the official said. He was reluctant to share more information and added, “Let the details surface, then we will be in position to comment.”

The Turkish embassy in Pakistan was similarly cautious in its reply. “The ambassador has already stated during his presser last week that Turkey has asked all friendly countries to take necessary measures against the Fethullah Gülen Terrorist Organisation in their territory,” read an email response. When asked about the reply from the Government of Pakistan, the embassy avoided sharing details. “Turkey and Pakistan have very close coordination and cooperation in all fields of their bilateral relations.”

Moreover, talks with current and former Pak-Turk school teachers reveal the management has started removing literature about Gülen from school libraries and teachers have been requested to return the books in question. “They have started removing all those books from the library… There seems to be a lot of confusion as to what is going on,” shared a teacher in one of the schools in Islamabad on condition of anonymity.  The management of these schools, however, has dismissed such orders of removing books from libraries as rumours.

ÖMER ŞAHİN – HANOİ Horizon International Bilangual Schools, founded in 2002, in Vietnam, opened its 5th campus. Deputy Prime Minister of Turkey Mr. Bulent Arinc cut the ribbon at the opening ceremony of the new school, which is K through 5th grade. Bulent Arinc, minister of state and deputy premier, paid an official visit to the Far East including […]