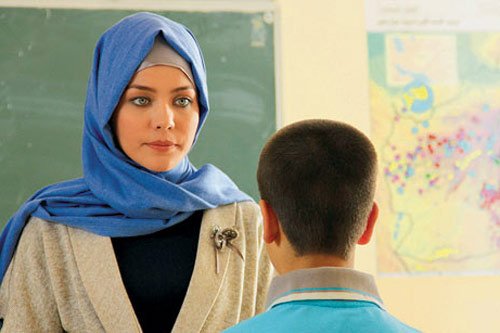 Director Levent Demirkale’s latest feature film, “Selam” (Greeting), which depicts the true stories of selfless teachers in Turkish schools abroad, will hit movie theaters in Turkey on March 29.The first-ever Turkish production filmed on three continents and four countries, “Selam” focuses on the stories of three teachers — Harun, Zehra and Adem — who hit the road to pursue their dreams of teaching abroad.

Adem goes to Bosnia and Herzegovina, leaving his pregnant wife behind, Zehra heads to war-stricken Afghanistan with longing for her husband in her heart, while for teacher Harun, the destination is Senegal.

Teachers in Turkish schools have been the subjects of theater plays and documentaries before but this is the first time that they are the subject matter of a movie. Plans to shoot the film began back to 2010. Firstly, the locations where the filming would take place were determined and then, a 50-person crew rolled up their sleeves to start the filming process in Turkey, Senegal, Afghanistan and Bosnia and Herzegovina.

Demirkale could not have known from the beginning that the challenges would be that hard but the film crew experienced troubles similar to that of the teachers who went to those places as early as 25 years ago due to the different customs and regulations in the various countries.

The hardest of all places was Afghanistan. Due to a protracted civil war in the country, it was hard to find local actors and locations to shoot the movie. Since vehicles are constantly stopped on the road, the crew was unable to keep to the schedule at times. Many members of the team, including the director, had dysentery due to the climate and harsh conditions. Demirkale and the producers had considered filming in another location but gave up on the idea following the remonstrance and emotional reaction from the Turkish schools in Afghanistan.

The Turkish Foreign Ministry, the Journalists and Writers Foundation (GYV), the International Turkish Education Association (TÜRKÇEDER) and Bank Asya are among the sponsors of the film.