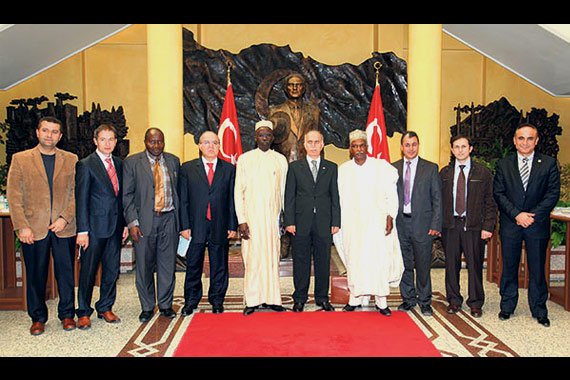 Governor Ahmat was accompanied during the visit by the Mayor of Ngaundere Hamadou Dawa, head of the Department of Health Hamadicko Harouna and some other officials.

Mr. Ahmat said: “This is our first visit to Turkey. We appreciate the warm hospitality, we are happy to be in beautiful Bursa.” He added, “You thanked us for helping and supporting the Turkish schools in our state. In fact, these schools benefit our country and it is us who must thank.”

Governor Harput briefed the guests about the history of Bursa and its economic importance for Turkey today.

The visit ended with presenting gifts to each other.