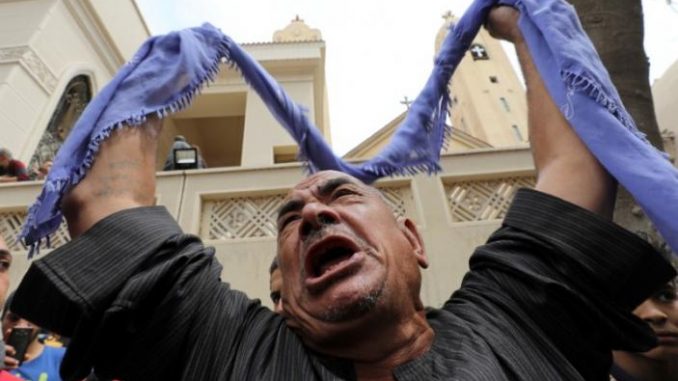 ISIS reportedly claimed responsibility for this inhuman attack. Despite their name and their claims, the perpetrators of such brutality should be viewed simply as terrorists who deny human beings their lives and dignity. Every human being is created equal by God Almighty and any form of attack or persecution of individuals based on religious, ethnic or other differences is an act that contradicts the principles of the Qur’an and the tradition of our Prophet (Peace and Blessings Be upon Him).

I am confident that, like all countries around the world, the unity of the Egyptian nation is stronger than despicable terrorist attacks that take aim at the country’s security and stability, and seek to destroy its society and the people who throughout history have strived to achieve the highest degrees of tolerance, love and brotherhood. Despite the immensity of these painful events that took place in Egypt, it will not diminish the cohesion of the Egyptian people and will lead the country to steadfastly address this dark hatred in order to eliminate its roots.

I am deeply saddened that an act of brutality occurred in a place of worship and mourn the loss of innocent community members. I extend my deepest condolences to the families of the deceased, to the Coptic Christian community and to the people of Egypt. I pray to God to grant patience and perseverance to the relatives of those who lost their lives and heal the wounds of the injured.