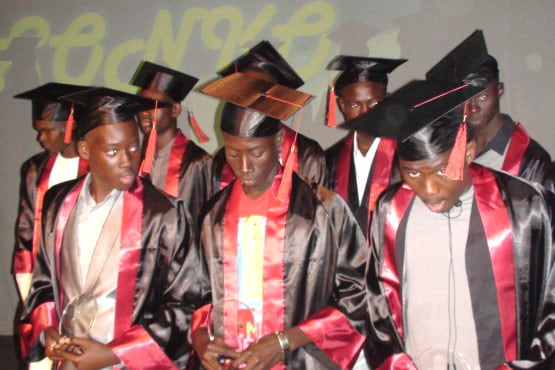 Every year the Turkish school complex Yavuz Selim organizes a ceremony of delivery of diplomes of its éléves in final year of high school. This year the évenement has corresponded at the fifteenth anniversary of the Turkish school in Senegal. In Senegal since 1997, the group Yavuz Sélim says itself Relieved of its cooperation with Senegal According to Adnan Demir, the Managing director.

Today, the group account seven schools going of the nursery school to the secondary sector (high school,Secondary). It welcomes 1750 pupils for the school year 2011-2012. It could not become a reality without the wild commitment of the government but also the teachers of Senegalese and Turkish origin.

According to Chairman and Chief Executive Officer of the school complex Yavuz Selim the annual organization of a graduation of students is an opportunity to make an assessment and to loosen the perspectives. He has addresses his deep thanking to the parents of students whom he qualifies as privileged partner. He added an extension of the school complex Yavuz Selim in the areas of Senegal, to accompany the country to set up a successful educational system.

“The relations between both countries are former, solid and very friendly. With important cultural affinities and thanks to the deep friendship which unites us, it is completely natural that there are exchanges in all the domains of our cooperation, in particular in the education. I am confident that the pupils of the Turkish school complex Yavuz Sélim will contribute more to the development of our relations”, said Mrs Ügdûl.

Ending, the authorities as well as honorable invited proceeded to the delivery of the diplomes of the students of final year of high school.

The Ufuk Doctors Association (UHEK), the İstanbul-based branch of the Marmara Health Federation (MASED), in a joint project with the Turkish Cooperation and Development Agency (TİKA), will visit the East African country of Tanzania, where the average life expectancy is 50 years, with a team of 47 medical personnel at the end of the month. […]