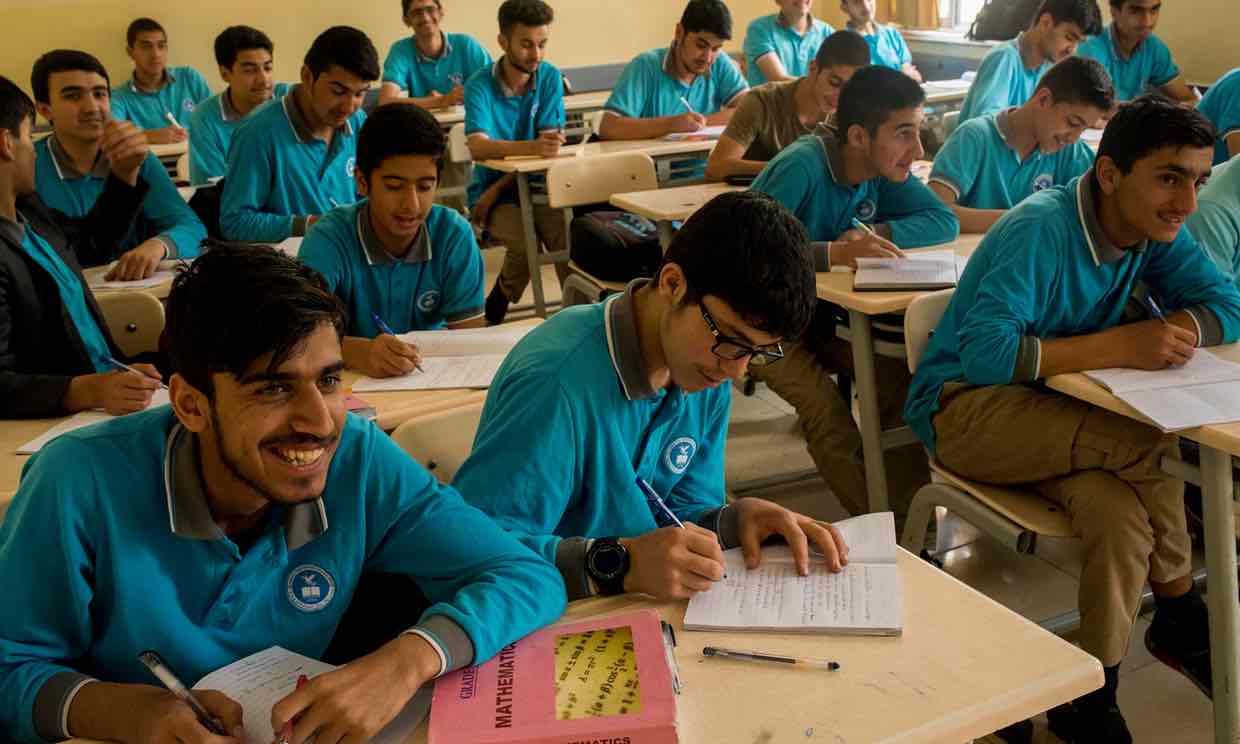 Boys at a Gülenist high school in Kabul. Photograph: Sune Engel Rasmussen for the Guardian

Afghan authorities have drafted a deal giving the Turkish government control of more than a dozen schools in Afghanistan affiliated with the exiled cleric Fethullah Gülen.

Western and Afghan officials believe the agreement is part of a bargain allowing Afghanistan’s vice-president, Abdul Rashid Dostum, who has been accused of abducting and torturing a political rival, to seek exile in Turkey.

Turkish teachers at Gülen-linked schools say the Turkish embassy in Kabul is refusing to issue them passports, rendering them unable to travel.

The Afghan-Turk CAG Educational (ATCE) runs 16 schools across Afghanistan. Widely considered some of the country’s best, they teach science classes in English and boast a 98% success rate in university entrance exams. Thirty per cent of the 8,000 students are girls.

“Our schools fight radicalisation and uphold human values,” said the ATCE chairman, Numan Erdoğan, who is no relation to the president.

It is proposed that the schools will be assigned to Maaref, a Turkish government-run foundation.

Turkey is a long-standing patron of Dostum. The Afghan president, Ashraf Ghani, is believed to have discussed his exile with Erdoğan. Dostum has denied the claims against him.

This month an Afghan government commission drafted a memorandum reportedly recommending dissolving ATCE. A week later Dostum boarded a plane to Turkey. Mujib Mehrdad, a spokesman for the Afghan education ministry, confirmed the existence of the memorandum but denied its recommendation was related to Dostum.

Ahmad Fawad Haydari, the vice-chair of ATCE, said: “We are hoping the president will not heed to the unlawful suggestion. We haven’t done anything to deserve to be dissolved.”

Mathias Findalen, an external associate professor in Turkish affairs at Copenhagen University, said international Gülenist schools were often founded by private individuals without an explicit political doctrine. They adhered to “a philosophy of peace and dialogue between religions”, he said.

“Generally, the schools have had an extremely good reputation,” Findalen said, though he added that some schools had been accused of corruption and operating cult-like payment schemes.

In Afghanistan, more than 700 of ATCE’s 900 staff are Afghan, and school curricula are approved by Afghan authorities. 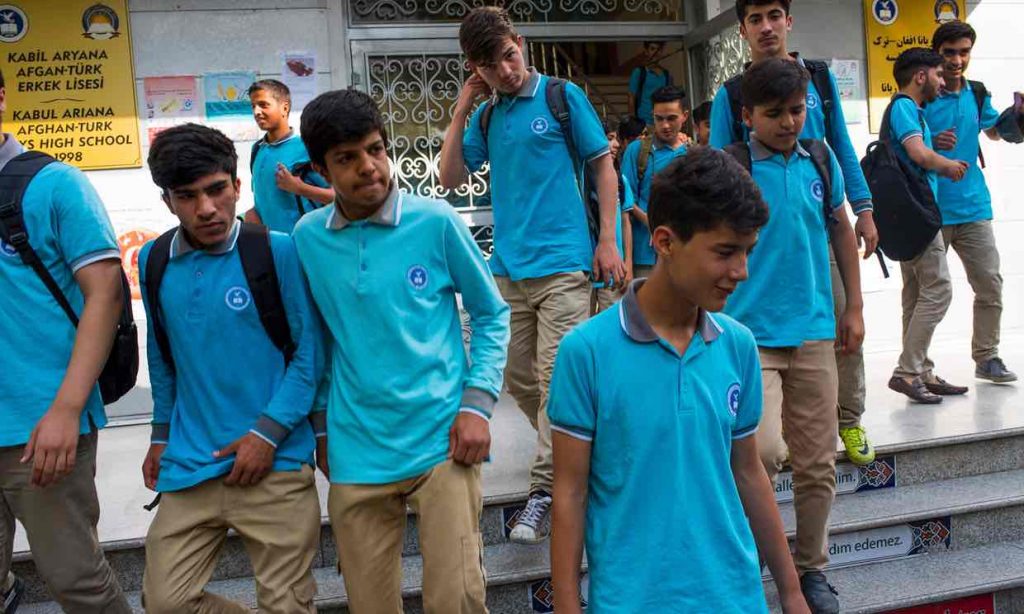 The Gülenist schools are considered some of the best in Afghanistan. Photograph: Sune Engel Rasmussen for the Guardian

“We don’t want to be victims of politics,” said one student’s mother at a recent rally in Kabul to defend the schools. “We are a poor family but I still sent my son to study here.”

After the 2016 coup attempt in Turkey, in which Gülen denies involvement, Erdoğan banned the movement’s 300 Turkish schools and increased pressure on its estimated 1,000 schools worldwide.

Findalen said Erdoğan had brokered trade agreements in Africa, Asia and the Caucasus in return for control of Gülenist schools. Often the schools were then shut down.

In Pakistan, more than 100 Turkish teachers have been in UN protection since November after authorities ordered them deported following Turkish demands to close their schools.

According to teachers in Afghanistan, the pressure goes beyond politics. In February, Fateh Karaman, the vice-principal of a Gülenist primary school in Herat, requested a passport for his six-week old son Yavuz from the Turkish embassy. His son needed surgery abroad for an intracranial haemorrhage, he said.

At the embassy, a passport officer said he did not believe the boy was sick, and would only issue temporary travel documents if Karaman brought passports for the whole family, instead of just copies, Karaman said. The Guardian has seen a letter from a French clinic confirming the boy’s diagnosis.

Fearful of arrest upon returning to Turkey, Karaman decided to stay. His son’s haemorrhage was for now being held at bay with daily doses of vitamin K, he said.

Onder Akkusci, a teacher in Kabul, had his passport confiscated when applying for documents for his infant daughter. In an email correspondence seen by the Guardian, the Turkish ambassador told Akkusci he might lose his Turkish citizenship if he did not return to Turkey.

“Citizenship carries obligations,” the ambassador, Ali Sait Akin, told the Guardian in an email. “If my authorities lawfully ask me to go there and give statement on some issues, I do. Every citizen should do. Innocent is not afraid of justice,” Akin wrote without explaining what the “issues” were.

Passport confiscation seems to be a common tool in Erdoğan’s crackdown. This month the Turkish NBA player Enes Kanter, a known Gülen supporter, said Romanian airport police had seized his passport, which had been cancelled.

In December a former university director, Ismet Özçelik was arrested in Malaysia after having his passport confiscated. Also in Malaysia, a headmaster of a Gülen school was arrested over purported Islamic State links – claims supporters said were ludicrous.

Seventeen families of school staff members in Afghanistan whose passports have expired or been seized have applied for asylum status with the UN’s refugee agency.