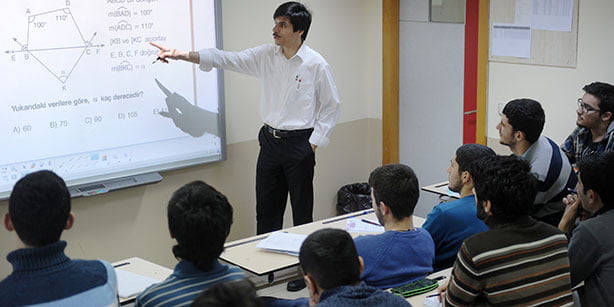 A report released last week by the Competition Association, a nongovernmental organization, highlights the damage the lingering political tension in Turkey has done to free entrepreneurship and healthy competition in the market. The report underlines that the government’s mishandling of a corruption scandal that erupted on Dec. 17 and its practice of pressuring Turkish firms through tax fines and other administrative penalties have dealt a huge blow to the atmosphere of healthy competition in the country.

The report, written by Erdal Türkkan, an expert on competition law and a member of the board at the Competition Association, said Erdoğan’s ruling Justice and Development Party (AK Party) had ramped up pressure on private entrepreneurs particularly after the corruption inquiry.

Underlining that he is seeing more and more examples of government pressure on private companies, Türkkan said protecting the rule of law is a must before the situation become even worse.

Erdoğan accuses Turkey’s largest Islamic group, the Hizmet movement, of orchestrating a plot to launch a graft inquiry targeting his family members, ministers and businessmen. He also accuses Hizmet followers of involvement in illicit wiretapped recordings of top government officials, which served to expand the scope of the corruption scandal which erupted on Dec. 17.

In one example of using his political clout to “punish” the movement, Erdoğan urged his followers not to send their children to the schools and institutions run by the Hizmet movement or to buy its newspapers. Erdoğan’s aides have separately called on AK Party followers to boycott companies and a participation bank that are close to the movement.

Erdoğan responded to the Dec. 17 corruption investigation by purging thousands of police officers and reassigning hundreds of prosecutors and judges, which has shaken investor confidence. He has repeatedly threatened to “make the plotters pay.”

Top business groups such as the Turkish Confederation of Businessmen and Industrialists (TUSKON) and the Turkish Industrialists and Businessmen’s Association (TÜSİAD) have repeatedly drawn attention to the growing worry in the business community over the prospect that the economy will be hurt by the increasing political uncertainty as the government tries to derail investigations with the reassignment of police and members of the judiciary en masse, as well as changing the laws pertaining to the judiciary.

In the past, the government had exploited inspections and red tape to put pressure on companies critical of its policies. In this latest case, the government has been working to circumvent and subordinate businesses that are close to the Hizmet movement. Earlier in December, a source close to the Finance Ministry told Today’s Zaman on condition of anonymity that Finance Ministry inspectors were given orders back in July to search for ways to punish companies close to the Hizmet movement.

Since December, events such as the closure of goldfields belonging to mining company Koza Altın, withdrawals by certain companies of large amounts of capital from Bank Asya in a bid to sink the bank and a tax inspection at Kaynak Holding have all been part of politically motivated plan to silence political dissent, observers have argued.

The Competition Association said similar arbitrary attempts by the government have also dented the credibility of the state’s competition and auditing agencies. To consolidate its control over supposedly independent monitoring agencies and institutions, Turkey’s ruling party recently considered passing legislation to hand the government the power to control the country’s competition authority. This legislation was later shelved following criticism from the opposition.

Erdoğan’s attempts to forcibly shut down Hizmet institutions are not confined to Turkey alone. For instance, disturbed by the presence and effectiveness of the Turkish schools opened by the Hizmet movement abroad, Erdoğan’s party has called on foreign countries to shut down Hizmet schools. Such schools number about 300 and have been set up in more than 140 countries worldwide. They have for decades been a spearhead of Turkish cultural influence and commerce overseas, especially via assertive moves into Africa, the Middle East and Asia.

Government officials have acknowledged that Turkish embassies have stopped backing schools and businesses linked to the Hizmet movement.

The fact that the AK Party government has secured the majority of votes in the latest local elections and the three elections preceding them should not be seen as the single measure for confidence in markets, experts argue.

Prime Minister Erdoğan’s ruling AK Party won the local elections on March 30 with roughly 45 percent of the vote. Right after the elections, Erdoğan suggested that the results would bring an end to months-long political tension in the country though he continues to stoke tension.