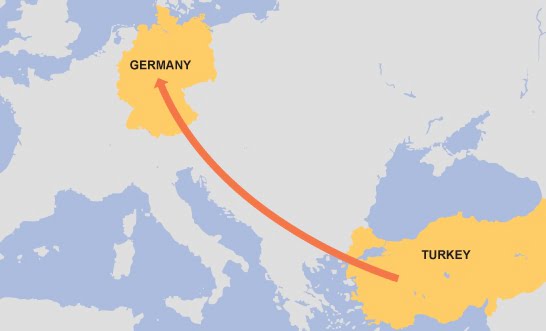 At least three Turkish diplomats, reportedly including one military attache, are seeking asylum in Germany in the wake of the failed military coup in Turkey, German media cited government sources as saying.

The Turkish Foreign Ministry has recalled an unknown number of diplomatic passports since the coup.

Representatives of the German Interior Ministry told members of the Bundestag lower house of parliament that three Turkish diplomats in Germany had applied for asylum, Sueddeutsche Zeitung and broadcasters NDR and WDR said.

That would likely further strain tense ties between Ankara and Berlin after Turkey was outraged by a resolution passed by Germany’s parliament that declared the 1915 massacre of Armenians by Ottoman forces to be genocide.

Germany is relying on Turkey’s help to stem the flow of illegal migrants to Europe.

Sueddeutsche cited government sources as saying the number could be higher by now. It also cited them as saying the Federal Office for Migration and Refugees (BAMF) had not yet decided on the applications.

The diplomats are suspected of being followers of U.S.-based cleric Fethullah Gulen, a one-time ally turned enemy of President Tayyip Erdogan, the report said. Erdogan blames the coup attempt on Gulen supporters. Gulen has denied any involvement.

Neither the German Interior Ministry nor the BAMF could be immediately reached for comment. The Turkish Embassy declined to comment on the report.

Around 32,000 people have been jailed pending trial during Turkey’s post-coup crackdown, while around 100,000 members of the security and civil services, university professors and others have been fired or suspended from work.