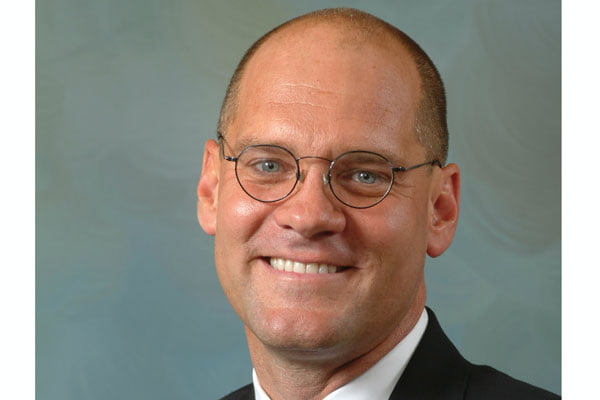 As delivered at “Friendship Dinners” in Portland, Maine, and Boston, Massachusetts.

For the past six years, since attending an event very much like this one, I have been fortunate to meet thousands of individuals around the world inspired by a single ideal:  Hizmet.

I could tell you tonight about my scholarly “take” on this Hizmet movement as a historian of religions. I could introduce you to or deepen your understanding of the thought of the Turkish public intellectual Fethullah Gülen. I could describe the roles of Turkish Muslims in building science academies and schools in some of the poorest places on the planet. And I could talk about how individuals inspired by hizmet are building peace through interreligious dialogue, civic engagement, and social enterprise.

But instead, tonight, I want to talk about hizmet from the heart.

I grew up in a small town in Wisconsin, in a devout Lutheran family  From as early as I can remember, we played church in my home. I’d dress up in one of my father’s white dress shirts, and my mother had a fancy cross that I would wear around my neck as I dressed like a “pastor.” We would process into the living room of our tiny story-and-a half home, and there I would preside over church: we would sing a hymn, say a prayer, and then I would collect the offering….

Church was the center of my family’s social life. That meant potlucks and confirmation classes and youth group — all the things Garrison Keillor has made a fine living poking gentle fun at. But it also meant that I learned, in many and various ways, to live with a paradox that Martin Luther articulated in a 1520 treatise entitled Christian Liberty. “A Christian,” Luther wrote, “is a perfectly free servant of none, subject to none.” That sounds pretty good to most of our Western ears. Freedom! But as I grew up I also learned that this freedom — the freedom of the gospel that flows from grace, had a purpose. “A Christian,” Luther continues, “is a perfectly dutiful servant of all, subject to all.” That complicates things, doesn’t it? Perfectly free; perfectly dutiful. But that paradox—we might call it the freedom to serve, has been at the core of my lived experience.

Now, six years ago, I attended an event very much like this one in Philadelphia, where I was first introduced to Fethullah Gülen’s book Toward a Global Civilization of Love and Tolerance.  At that event, I also first met individuals inspired by the teachings of Mr. Gulen. And since that time, my life has been changed in countless ways for the better. . . by hizmet.

Sociologist Muhammad Cetin — now serving in Parliament in Turkey, in a brief book Hizmet: Questions and Answers on the Gulen Movement (pdf), describes how Hizmet is an Islamic-inspired “movement to mobilize huge numbers of religiously-minded and observant individuals not only to accept but to cherish a secular, pluralist democratic social and political order.”

OK — you might be thinking at this point, that sounds pretty heady — Muslims, secular, pluralist, democratic — what does that have to do with “Hizmet from the heart?”

In addition to being a historian, I am the father of three children. I trust many of you here tonight are parents, and those of you who are single—since you are attending an event like this, probably participate on some level in what Jonathan Schell called “universal parenthood:” working on behalf of a better world for coming generations.

And I don’t know much at all about your lives, but in my experience of parenting, for all of its joys — and they are many: raising children and fostering a new generation has also been the most difficult, demanding, and anxiety-producing calling of my life.

Yet here’s where it all comes together. In 2009, my wife Lisa and I took a trip to Turkey, sponsored by our local Dialogue Forum — a group of individuals in Philadelphia inspired to hizmet. Lisa wasn’t sure about the trip. She was worried.

But once we arrived in Istanbul, she fell in love — as did I, with the layers of history in Turkish culture — going back millennia to the dawn of civilization. We fell in love — with the beauty of the Bosphorus, the mosaics of the Blue Mosque, the splendor of Aya Sofya. In 2011, we returned to Turkey to begin studying the language. When she left — a few weeks before I did, and when I asked her on the phone how it felt to be back home in Philadelphia, she said: “I miss Istanbul!”

Now this nostalgia was not only for a place: it was also for people — for their hopes and dreams, fears and concerns, anxieties and aspirations — which we learned to realize that we shared across the Atlantic, across the language, across religions. We discovered people — Muslims, who cherished their freedom — freedom that they see as coming from God — as did Martin Luther, but that they articulate in secular terms and democratic political structures. AND we discovered these same people who cherish freedom were also dutiful and devoted and decent and kind. What my wife Lisa and I have learned to love, and what I miss even now, and find endlessly fascinating in its similarities to and differences from what I grew up with, is a Turkish version of the paradox of the freedom to serve — which is what the word hizmet means: “service.”

Hizmet motivated Turkish engineers and businessmen and teachers to move to Kampala Uganda and start a school — Turkish Light Academy, that I was privileged to visit in 2010. The school has a beautiful modern campus with soccer field, dormitories, and hi-tech classrooms. 75% of the students at that school, started by Muslims, were Christians. When I spoke at the school, I talked about the power of religion to move societies toward justice and peace — as in the US Civil Rights Movement, and I urged the young men to learn tolerance in their relationships with people of different faiths. During the question and answer session, a young man named Andrew D’Aloi Ayeni stood up and asked me: “Could you name a time in your life when you practiced tolerance, sir?” It was the perfect question — and since then Drew and I have kept in touch — he’s on Facebook, and he has now graduated from college with a degree in Economic Development and hopes to study for his masters — if he can round up the resources — here in the U.S.

These names may mean nothing to you, but what they mean to me is that I now have colleagues and friends — sisters and brothers, around the world who share with me — for all of our differences, in living out the paradox of the freedom to serve  I have learned from them. We can all learn from them.

Some of these friends have been to our home; and I’ve been to theirs.  So it did not surprise my wife Lisa and me, at all, when our son Justin — 27 and finishing his first novel, announced after he had saved enough money that he was moving to Istanbul. He now lives there and works as an editor at The Fountain magazine. The point? We have entrusted our first child to Turkey, to Hizmet! Late last week he wrote to me a long email about an academic conference he had attended, where the speakers from Pakistan and Turkey and the U.S. talked about faith and doubt, religion and sexuality, politics and service — in a word, about hizmet.

And also last week Justin published an essay in Today’s Zaman — an Istanbul newspaper. What motivated the column was his trip home to the U.S. this summer, where when he told his old high school and college friends that he was living in Turkey, they’d ask him: “Aren’t you afraid? Do you feel safe?” Slowly, as he was asked these questions over and over, his patience gave way. He narrates in the column how he did some homework. In 2012, Istanbul — a city of nearly fourteen million, had 111 murders. Philadelphia? A city of 1.3 million — 335. What does the FEAR that so many Americans project onto Turkey, onto Muslims, say about the state of our own civil society, Justin asked! And then he wrote: “The graciousness I’ve encountered in Turkey has shown me that I can live with less, and give more.”

Rabbi Michael Lerner has insistently made the point that we need in America to get beyond pervasive and paralyzing cynicism to a new politics of meaning — open to the wonder of life, its variety and beauty, and yet also working ceaselessly with the rigor of science to promote understanding, justice, and peace. That’s hizmet: freedom from fear, secure in the ultimate mercy and grace of a compassionate God, yet freedom to serve: recognizing the needs and suffering of one’s neighbors, and the strength and joy found in solidarity and community.

Thank you for coming tonight. Thank you for your work on behalf of future generations — whatever you do. Thank you for being a person of hizmet — even if, like me six years ago, you’d never heard the word before tonight.