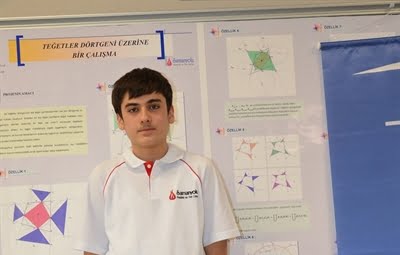 Kasap and Sulak stated that they had been working on their project for the last eight months and that they had striven to make a contribution to the world of mathematics.

TÜBİTAK Chairman Yücel Altunbaşak said TÜBİTAK is celebrating its 50th anniversary and that this competition has been held for 45 years.

“This shows how much we care about new projects. The interest in this competition is increasing by the year,” added Altunbaşak.