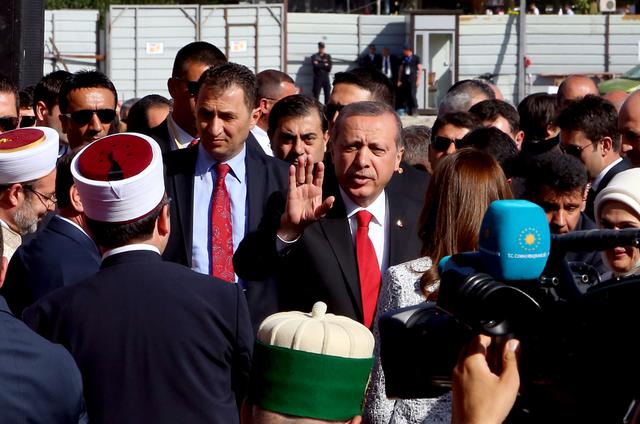 Officials in Tirana show no signs of wanting to act on the request of Turkish President Recep Tayyip Erdogan to close down the activities of the movement following Fethullah Gulen.

Albanian officials have made it clear that Albania is not planning to act on demands by Turkey’s President for the country to close down the Gulen movement.

President Erdogan made his request in Tirana last week when he called the Gulen movement a terrorist organization.

“You are aware that we are fighting a parallel [government] structure, which we officially consider a terrorist organization and which threatens our country and people,” Erdogan declared at the inauguration of work on Tirana’s new grand mosque.

“I know this structure also operates in Albania. With my brothers Edi Rama and Bujar Nishani I discussed this issue and I am sure that they will do the right thing,” he added.

The Gulen movement is a transnational religious and social movement headed by the Turkish Islamic scholar Fethullah Gulen.

Education Minister Lindita Nikolla declared on Friday that the schools run by the Gulen movement in Albania will not be closed.

“We verify the standards of schools, their safety and their adherence to the principles of secularism,” Nikolla said, commenting on Erdogan’s request. “Schools that did not meet standards have already been closed,” she added.

In a TV interview, Albania’s President, Bujar Nishani, also indicated that the schools will not be closed.

“There is no such terrorist organization in Albania,” Nishani told Ora News TV. “The [Gulen] schools are not only properly licensed but also our experience with them is that they pose no threat to Turkey,” he added.

On Tuesday, the Speaker of Parliament, Ilir Meta, said disagreements with Erdogan on the Gulen issue would not impact on the otherwise good relations between Albania and Turkey.

“The relationship between Albania and Turkey is historical and should be set apart from certain statements,” Meta said. “A far as the request [from Erdogan] goes, the reply of the Minister of Education was the most adequate,” he added.