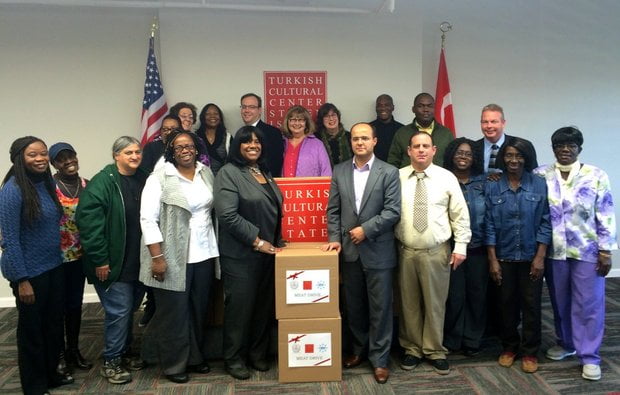 The Turkish Cultural Center Staten Island and Embrace Relief increased their donation from 1,000 pounds in response to the borough’s need this year.

The annual contribution comes as part of observance of Eid Al-Adha, a Muslim festival known as the “Feast of Sacrifice” that was celebrated in September. Islamic custom has observers distribute meat to mark Abraham’s obedience to God while being tested to sacrifice his son.

“Many of us are looking forward to the Thanksgiving holiday with visions of a big family feast,” Councilwoman Debi Rose (D-North Shore) said. “But for too many of my constituents who struggle to make ends meet, the demands of the holiday season are great, and it is not always a season of great joy.”