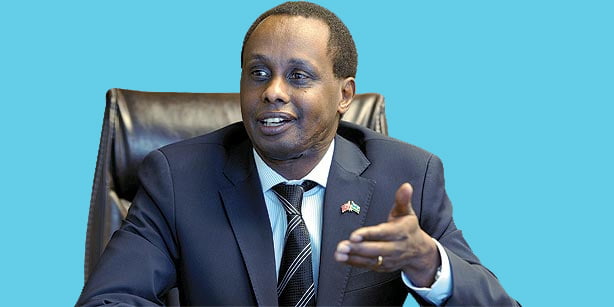 The first-ever Rwandan ambassador to Turkey, Lt. Gen. Caesar Kayizari, has said that Turkish schools in Africa play an important role in strengthening relations between African nations and Turkey, adding that Turkey has a lot to offer Rwanda in terms of education.

“Turkey’s building of schools in Rwanda in particular, and in African countries in general, is of great importance. Education is significant for establishing strong relationships. Turkey for a long time was absent in Africa. Now that it has opened to the continent, education could be one of the tools that the Turkish government can use, as education builds the future,” Kayizari said.

The policy of opening up to the African continent, which was initiated in 2005, occupies a special place in Turkey’s foreign policy. Turkey’s Africa initiative, an expansion project to which the country has attached great importance in recent years, is moving full steam ahead.

Turkey’s Africa initiative isn’t limited to political and economic goals; rather, it aims to contribute to the development and growth of Africa in diverse fields, including health, education, agriculture and, most importantly, the preservation of peace and stability.

In an exclusive interview with Today’s Zaman, Kayizari noted that Turkey has lot to offer in terms of education. He went on to say that education is the only tool for development, adding that his country has invested much in education. “We cannot achieve our 2020 vision without improving our position in education. Turkey also provides scholarships for Rwandan students. This is important as these students will further develop bilateral relations and work to create a positive image of Turkey. Education is the biggest investment for humanity,” Kayizari said.

The ambassador said that the Turkish school in Kigali plans to expand and build a larger facility that will accommodate 500 students next year. “As a new school, it is growing fast. First it was constructed as a small building, but with the increasing number of the students now they are building a greater school,” Kayizari said.

Kayizari added that Turkish universities have promised to offer more spaces for Rwandan students, of which there are currently 40 in Turkey, and that the two countries have agreed to sign a memorandum of understanding (MoU) in the field of education soon.

The MoU would further strengthen bilateral relations and promote mutual understanding and good will between the people of Rwanda and those of Turkey.