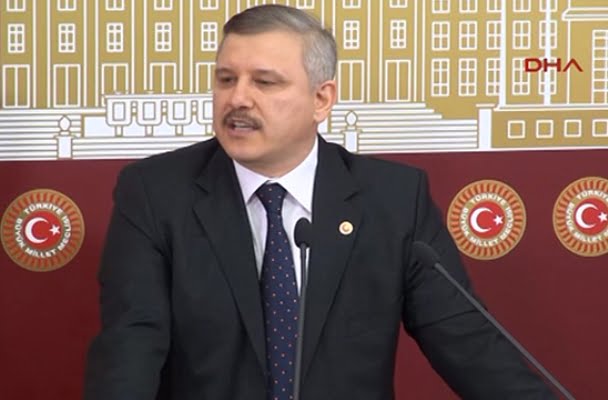 One more lawmaker resigned from the ruling Justice and Development Party (AKP) on Jan. 31, in the aftermath of the massive graft probe that has gripped the country since mid-December.

Istanbul Deputy Muhammed Çetin officially resigned over the party’s decision to dispatch him to the disciplinary board with a demand of expulsion two weeks ago.

With Çetin’s resignation, the number of lawmakers who have stepped down from the AKP since the graft scandal broke rises to six, and to eight since the test prep school (dershanes) row erupted, in a wave of defections unprecedented in the party’s history.

Çetin, who was among the small group of AKP deputies who criticized the government’s position on the test prep schools (dershanes) row, is also known to be close to Gülen’s movement

He claimed that more resignations from the AKP would follow. “I don’t have any contact with anyone, but I know there is [disquiet] inside [the party]. Many people are disturbed. People are talking, and soon those people will quit one-by-one,” Çetin said. He also claimed that some deputies complained that they could not “face their electors” anymore.

“I always sat in the blind spot, in the back ranks. The cameras would not record me. So I don’t have to be ingratiated to anyone. I didn’t talk unless I was asked and always defended my party and my country. But what they say [now] are things that are cut and pasted,” Çetin added, harshly criticizing the AKP’s stance after the probes.

He also recalled the remarks of AKP deputy Ali Aşlık, who said the fate of controversial prosecutor Zekeriya Öz would be like that of another prosecutor who was found dead in his home after opening a probe into corruption allegations last year.

The request for Çetin’s expulsion came after a complaint was filed by fellow AKP deputies Volkan Bozkır and Ali Aşlık. According to earlier reports, Çetin was quoted as saying “What’s the size of your shoe? Why we don’t get any shoebox,” to fellow lawmakers during an executive board meeting. The “joke” was a clear reference to $4.5 million found in cash in shoeboxes during the bribery raid in the house of Süleyman Aslan on Dec. 18, the general manager of the state-run lender Halkbank.

Former Interior Minister İdris Naim Şahin opened the defection season following the damaging Dec. 17 raids, in which the sons of three ex-ministers were taken into custody along with other prominent bureaucrats and businessman.

He was followed by former Culture Minister Ertuğrul Günay, İzmir MP Erdal Kalkan and Ankara MP Haluk Özdalga, who were all sent to the disciplinary board for expressing criticism of the AKP’s response to the probes.

Burdur deputy Hasan Hami Yıldırım, who took to Twitter to criticize the removal of the lead prosecutor in a new corruption case, was the most recent lawmaker to part ways with the party.

Kütahya MP İdris Bal was the first lawmaker to quit after being sent to the disciplinary board late November, shortly followed by Istanbul MP and former striker Hakan Şükür, the legendary former international soccer player who is openly close to Gülen.

The number of AKP’s deputies at Parliament has fallen to 319 out of 550 MPs.

Ihsan Yilmaz Several civil society organizations have been presenting their suggestions for a new constitution to a parliamentary sub-committee. A few days ago, the Journalists and Writers Foundation (GYV) was received and listened to by the committee. The GYV did not present a full package but summarized its understanding on the most sensitive issues that […]