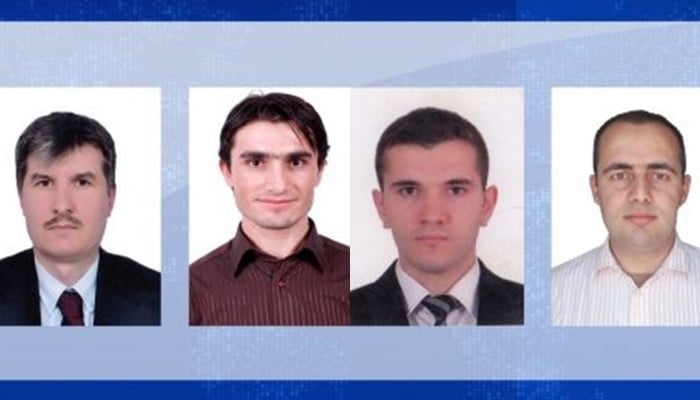 The deputy head of Afghan-Turk Schools, Ahmad Fawad Haidari, rejected the allegations that the schools are part of organizations based in Turkey.

According to him, the Turkish government has claimed that the Afghan-Turk Schools are a cluster of banned organizations in Turkey. He said Ankara wants the schools to be closed down.

“This institution has never had a main center in Turkey and does not have any organizational links with institutions in Turkey,” Haidari added.

Yılmaz Aytan, a teacher at the school, is still under house arrest.

Parents of students meanwhile called for the immediate release of the teachers at a press conference on Thursday.

“We call on government with a united voice not to make a historic mistake and send Yilmaz back to his country,” said Kabir Ranjbar, a member of Afghan-Turk Schools parents committee.

“They are searched on their way and their houses are searched. The process against Afghan-Turk students must end. This not in favor of the Afghan government and Afghan people. By this act, the rule of law is abused every day and it is not good,” said Abdul Shakoor Dadras, deputy head of the committee.

A Turkish businessman is also under house arrest in Kabul. He was reportedly arrested along with the Afghan-Turk Schools teachers.

His defense attorney said a letter sent by the Turkish government to the Kabul administration to arrest the businessman was illegal.

“Article 13 of the law says that the call for extradition must be done by a court of the foreign country and if it is done so, the Attorney General’s Office shall assess the reasons for which he or she is found guilty. And then the decision for extradition belongs to the High Council of the Supreme Court,” said Niaz Mohammad Hussainkhail, defense attorney.

Three Afghan-Turk teachers, including one Afghan national, and a Turkish businessman were arrested by the National Directorate of Security forces last week.

The National Directorate of Security has not commented on the incident.