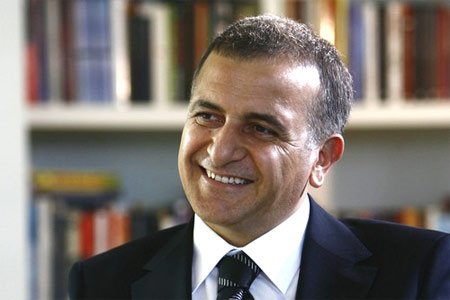 Some of the most reliable newspapers in the world published important articles about Fethullah Gülen last month. For instance, the International Herald Tribune wrote that Gülen was “an inspiration for Muslims who feel at home in the modern world.” After dwelling on his childhood spent in Erzurum, his youth, his activities following his appointment as an imam in İzmir; and then his efforts that transcended Turkey’s boundaries, the tribune article, published on the daily’s Web site as “Fethullah Gülen Profile,” stressed that Gülen definitely did not aim to destroy the secular system in Turkey.

The article, published on Jan. 18, was also quoted by Forbes magazine.An important analysis was published on Jan. 30 in The Economist. In an article titled “Turkey, the Kurds and Islam: A Religious Revival,” the Kurdish problem is reflected upon and up-to-date commentaries are made on the issue. The article delves into how the Justice and Development Party (AK Party) managed to take more than 50 percent of the vote in last year’s election in the mainly Kurdish provinces of Turkey. The Economist mentions Gülen as “a liberal Muslim cleric who lives in self-imposed exile in America.” The magazine also mentions in the article that followers of Gülen distributed meat to some 60,000 families during the Feast of the Sacrifice and that scores of “Gülenist” doctors are offering free check-ups and treatment in Kurdish regions, implicitly giving the message that “Turks and Kurds are brothers in Islam.”

Similar articles published abroad, one after the other, are the natural results of interest, curiosity and efforts to understand. There are accurate remarks and wrong impressions. This will likely always be the case. However, we understand with each passing day that the interest in Gülen will keep growing and that the aspiration to understand him will give birth to many articles and books. We can easily state at this stage that those intent on carrying out research on Gülen are able to access a large number of articles and books on him with little effort.

Among the available resources are two important works published recently. One of these is “A Dialogue of Civilizations” by Jill Carroll.” The other is Ali Bulaç’s comprehensive book, “Din, Kent ve Cemaat: Fethullah Gülen Örneği” (Religion, City and Community: Fethullah Gülen’s Example), which is filled with rich content. Carroll tries to engage five significant figures who occupy important places in the history of philosophy in dialogue with Gülen. For instance, using a method of textual comparison, she reveals Immanuel Kant’s moral metaphysics and Gülen’s moral understanding. She also compares the views of John Stuart Mill and Gülen on the issue of freedom. It is obvious that Gülen is not a philosopher and that he has introduced new and contemporary interpretations into the Islamic map of gnosis. However, it is important to quote some people who are highly esteemed in the history of modern thought to make certain fundamental issues more meaningful. Seen from this angle, the book is exciting.

Bulaç puts the term “community” under the magnifying glass. He also addresses the reality of society and some other important topics such as cities, culture, tradition and modernity, which surround social reality. The final product is definitely a must-read. Mr. Bulaç breaks free from conventional perceptions that have been taken for granted for too long and sometimes offers social analyses that have never been expressed so clearly. He raises important questions and thereby arrives at conclusive arguments. Another significant element that makes his book interesting is the part on Gülen. Enes Ergene, who wrote an in-depth analysis of Bulaç’s book for Kitap Zamanı (Book Time), a supplement of the Zaman daily, says, “The part on the Gülen movement seems to have been added to the book later.” True, the book does give such an impression. However, even if the author had made no mention of the Gülen movement, the book would still have called the movement to the reader’s mind since its theoretical course calls for tangible examples. It is evident that social movements are likely to rise to public notice through word associations in analyses on transformations and socials changes that begin with urbanization and immigration. In other words, shaped by the nation state and having become much more prominent through the waves of immigration, the society has set out in search of new ties and affiliations. If this had not been mentioned in the book, it would had been a serious deficit and this gap, sticking out like a sore thumb, would probably be filled in the minds of interested and knowledgeable readers through imagination. The impression that the parts in question were added later becomes more conspicuous during the presentation of the biographical details that can be reached by almost everyone than in parts where social analyses intersect with the term “community.” And I think that this is not a method employed in vain. This method has been applied for the reader with little background information to comprehend the parallel issues in the book.

In sum, we have an important book by Mr. Bulaç. This work presents an opportunity to understand the Gülen reality from a closer perspective. This is very important. Bulaç opens a new door for people blindly focused on politics and predisposed to perceiving everything from the angle of power struggle. This is what matters the most! Trying to understand Mr. Gülen or the volunteers in his social movement through political analysis means rowing against the current. In this case, one would have to take the long way to reach the destination and, unfortunately, nobody’s life or focusing power would suffice to cover that distance.

A long-persisting fallacy held by Turkish intellectuals — and perhaps also by the Turkish bureaucracy — has been to overlook social realities, to be afraid of any sort of formation that is out of their reach and to oppose such developments with concerns stemming from a lack of information. Therefore, it is not any particular segment of society that has paid the price for our intelligentsia’s failure to realize these realities when it had to; rather, all of us have missed historic chances at times, and sometimes some idealist thoughts were sentenced to capital punishment even before their birth.

For any honest intellectual, each robust action begins with an endeavor to understand. When prejudices are eliminated and when one says, “Let me approach this issue once from this angle,” they are ready for a new discovery. Life continues even when they fail to observe such an approach. There is no doubt about this. However, if the positive energy generated by a social formation attracts everybody’s attention and this scientific curiosity promises to open new horizons that transcend the country’s boundaries, intellectuals turning a deaf ear to all this can be considered a sort of misfortune. Nobody is telling anyone to “come and follow us,” and no one can maintain otherwise. However, there is an obligation to say, “Come, let’s understand this development and formation accurately.” Waiting for a social formation in our country to be discovered from outside while there is the much more plausible way of looking at it from inside would, at least, have important consequences, since a look from the outside might sometimes yield to natural mistakes springing from not knowing the formation in question from the inside. In addition, those who disregard the formation on the inside might well have to face the embarrassment of failing to put a historic opportunity to good use as a result of accurate analyses made outside. As this bitter reality is not being experienced for the first time, the reproach of “Do we appreciate the merit and value of people only after they die?” has been voiced more than enough in our history of thought, forcing us to repress feelings of profound resentfulness and sadness we suffer.

Endeavoring to understand! Yes, it is vitally important! The only thing needed is the endeavor to understand that should be made with good intentions. This is neither an invitation — as if saying, “Come and applaud us” — nor a reproach saying, “Go to hell.” There is a social reality so huge that it cannot be disregarded. If there will be no efforts to understand it free from preconceptions, then it means the mistakes made so far will persist and multiply.

The Fountain Magazine, which celebrates 20 years of publishing this year, has launched its digital edition available for iPads and Androids with its March-April issue. The 92nd edition of the magazine features contributors from around the globe including India, Pakistan, Italy, and the United States. It starts off with an article detailing Turkish intellectual and scholar […]