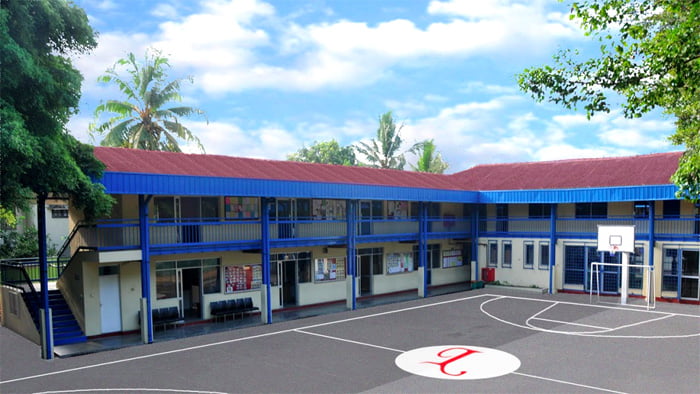 ‘Be so sympathetic and tolerant that your bosom becomes as wide as the ocean. Be inspired with faith and love for your fellow human being. Let there be no troubled souls to whom you do not offer a helping hand and about whom you remain unconcerned.’ – Fethullah Gulen

How many of us have heard the words Kimse Yok Mu? To most of us this might sound Greek. But in actual fact its Turkish and it means ‘Isn’t Anybody Out There.’ Kimse Yok Mu is a worldwide social and charity movement under the banner of the Hizmet Movement, inspired by the indefatigable humanist Turk, Fethullah Gulen.

Seated in his modest room in Pennsylvania in the US, being treated by his doctors for a number of ailments, you might dismiss this stately man as a retired wealthy aristocrat. But he’s far from that. He’s not rich and yet he has admirers and supporters all over the world, willing to do his bidding at the drop of a hat.

His movement, Kimse Yok Mu, was among the first to respond to the devastating tsunami that hit Sri Lanka. Large amounts of food and other requirements that the tsunami victims needed were supplied without any fanfare.

Of a Sufi bent of mind, Gulen was greatly influenced by the thoughts of Sufis like Jallaludin Rumi and Said Nursi. His father was an influential imam. He followed his father’s footsteps and himself became an imam. He delivered his first sermon when he was only 14. As he grew older, he began to develop new ideas based on the teachings of his master, Said Nursi. He expanded his horizons and went into social service setting up educational institutes in Turkey. As his work attracted attention, his fame spread all over Turkey as well as in other countries. Support came from his admirers in the form of donations in large amounts. Thus was born the Gulen Movement.

The Gulen Movement took off in Turkey in the 1970s as a faith-inspired movement to give educational opportunities to local communities. But as the movement progressed, Fethullah Gulen, being a modest man, thought that it would not be appropriate for the movement to carry his name as the funding for the movement came from his admirers and supporters from Turkey and other parts of the world. He therefore proposed the name be changed to Hizmet Movement. Hizmet means service to humanity. It is reported that the vast line-up of supporters of the Gulen-inspired Hizmet Movement contribute anything between five to 10% of their incomes to support the educational and social service efforts of the organization.

From its humble beginnings, the movement has grown all over Turkey, setting up huge universities in many Turkish cities, and making it easy for those in rural areas to access modern education. It has also spread to other corners of the world, incorporating educational, intercultural and interfaith movements that bring people of different cultures and faiths together as one in humankind.

In Sri Lanka, the Hizmet Movement started the Learnium School as well as the Intercultural Dialogue Foundation. Initially, the funding for the school came from the Movement until it managed to support itself on its own income.

Paying a tribute to the Movement, Prof. John Esposito of Georgetown University said, “The Gulen Movement has become a very influential voice in the world in both dialogue of religions and the civilization of societies.”

In another tribute, Turkey’s former Prime Minister, Bulent Ecevit said, “Gulen reminds us of the understanding of Islam, which stems from the love of god and love of human beings that is practised in Turkish public Sufism.” Fethullah Gulen shuns political leaders as a matter of principle and Bulent Ecevit happened to be just one of two political leaders he had met.

This in itself speaks volumes for the man and his mission.