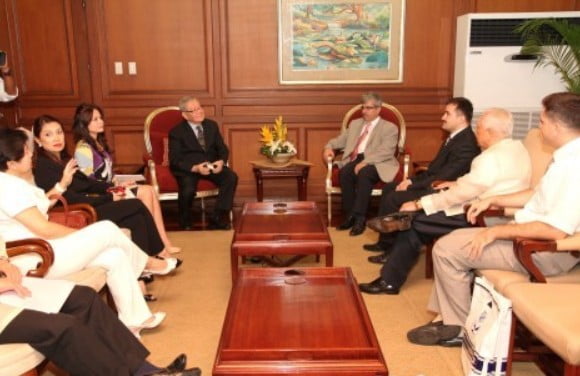 The delegation members briefed Belmonte on the Turkish school’s activities and the language olympics. Belmonte said, “With the schools you’ve opened here, you gave us the opportunity to get to know Turks and their culture better.”

The delegation invited the speaker to the Philippines finals of the Turkish Olympics on Feb. 26. Belmonte hailed the olympics and said, “These events bringing together diverse languages, faiths and cultures show us differences do not matter but the love in our hearts does. Its contribution to the global peace is priceless.”

At the end of the meeting, the delegation presented a Kutahya porcelain plate to the speaker, as a memento of the day.